Now an investment of up to $106 million, the world’s largest agri-food park will soon welcome the public

Foodies and followers of the Eataly World saga will have a new reason to rejoice soon, reports have shared. Dubbed “the Disneyland of Food” by many media outlets, FICO Eataly World has set its doors to open come October 4th in Bologna, Italy, and has also tied on a new $106 million price tag.

Eataly, the chain of sprawling Italian food emporiums brought to the U.S. by celebrity chefs Mario Batali and Joe Bastianich that visitors of cities like Chicago and New York might be familiar with, has been plotting the now $106 million venture since 2013—and Deli Market News has been eagerly waiting. SF Gate has called the soon-to-be-opening foodie playground “the world’s largest agri-food park,” and when you look at its lineup of features, it's easy to see why. Including real orchards, gardens, pastures, 40 restaurants, 40 factories, six virtual reality experiences, 40 workshops, full scale theaters, and a 1,000-person conference center, the park encompasses a total of 20-acres of Italiany food goodness. 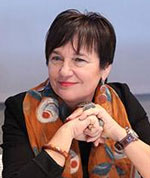 “Bologna and the Emilia-Romagna region have long been considered the cradle of Italy’s immense food and wine culture,” said Tiziana Primori, Eataly World’s CEO, noting that the area is ideally located to “offer a taste of the whole country from Piedmont to Sicily.”

Focusing on a “from the field to the fork” understanding of food and food production, SF Gate shared that Eataly World will offer visitors a start-to-finish insight into everything from beer and wine production to cheese making and prosciutto dry-curing. Guests will even be able to watch wheat transform from grain, to stone-ground flour, to a wide array of different pasta types. The source also stated that around 2,000 food producers and businesses will be involved in the final iteration of the park, with many being small, artisanal companies.

Admission is free, but officials are anticipating an average of 6 million visitors per year. So, if you haven’t yet booked your flight out to Bologna, I recommend you start checking with your travel agent.