Albertsons Companies, Inc. is planning for an initial public offering of stock, according to a regulatory filing on Wednesday.

The filing indicates that the company expects to raise $100 million from the offering, though that figure may change as it is only an estimate used to calculate a filing fee.

The IPO is led by Goldman Sachs & Co., Merrill Lynch, Citigroup, Morgan Stanley & Co., and Lazard Frères & Co, according to the filing.

The map below represents Albertsons Companies’ regional banners and combined store network, as of June 20, 2015. 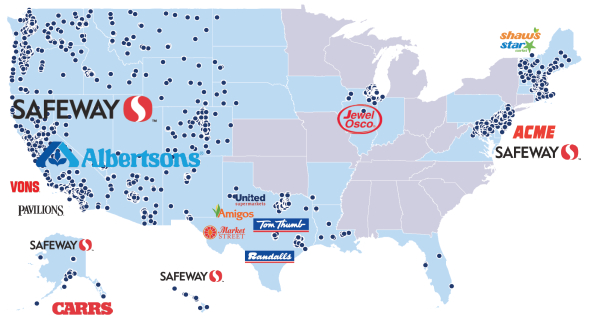 Safeway and Albertsons completed their merger, worth approximately $9.2 billion, in January. The Federal Trade Commission granted approval to the merger on the condition that the retailers divest 168 stores.

According to the Wall Street Journal, Albertsons had sales of $27.2 billion in fiscal 2014. That figure is boosted to $57.5 billion in sales with the addition of Safeway’s financial performance. This makes Albertsons Companies the second-largest traditional supermarket chain in the U.S. behind Kroger Inc. 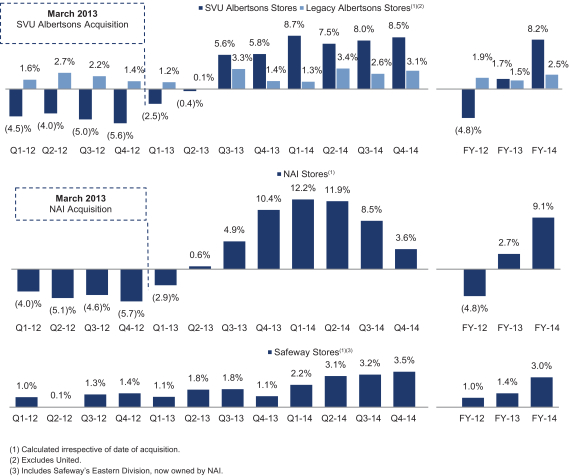