The retailer requests no bumping and leniency on employee severance

A&P has issued layoff notices for employees in all its 297 stores, and has requested that the bankruptcy court set two key union provisions aside for what appears to be a smoother sale of its remaining locations.

According to a Lohud report, officials stated in court documents yesterday that A&P requested the bankruptcy court the unions provision for bumping rights and full severance pay due to not being able to reach an agreement with labor groups. 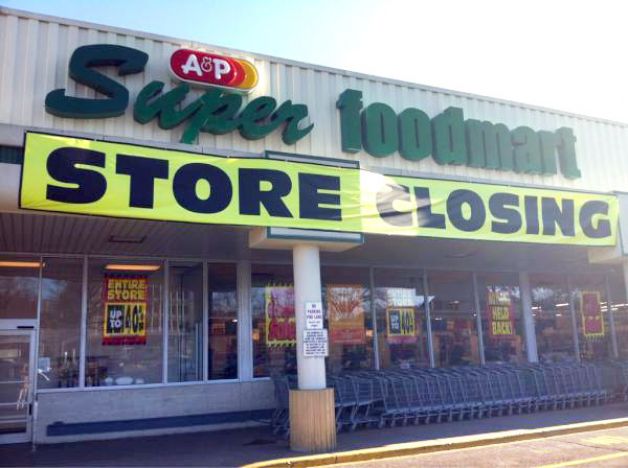 While the two parties have reportedly reached agreements on most matters, these two continue to be an issue. John Niccolai, head of the United Food and Commercial Workers Local 464A with an office in Tarrytown, told Lohub that the union agreed to concessions it valued at $625 million for A&P's first bankruptcy in 2012 in exchange for reassurances that it would honor union provisions going forward. Now, he stated in the report, union leaders have pledged to fight for all of the provisions in their collective bargaining agreements as union members circulate a petition opposing A&P's request to be presented to the bankruptcy court judge.

"It's a question of who's going to take the hit," Niccollai told Lohub. "Why should the working people take the hit?"

The first provision the chain wants to exclude, bumping, would eliminate senior employee’s ability to take the place of a less senior worker at a store that will continue to operate if their store is set to close.

"The threat of such bumping would likely drive down the price of bids, as potential purchasers would not know with any certainty what they would be buying or whom they would employ," A&P said, according to the report, saying that to lose the current bids the chain has from Acme, Stop & Shop and Key Foods would be "a certain deathblow to the hopes of an orderly Chapter 11 liquidation." The reason the chain worries it would lose those bids is that they did not include union provisions like bumping rights and assumption of pension plans.

As we previously reported, the chain is seeking to close 25 stores quickly, selling what is left. A&P said that if it lost the three bids it has currently, it estimates a potential $213 million loss. Lohub also reported that the company stated in court documents that other would-be buyers would be dissuaded from putting in a bid. 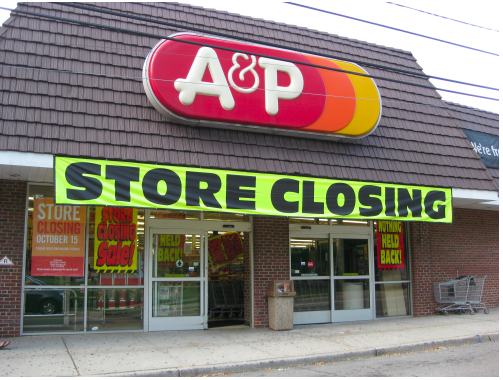 Which brings us to the next key point that is a concern for A&P but a provision for the workers; the timing and amount of severance pay for its employees.

Lohub reports that A&P said severance pay also is crucial because it estimates costs will be as high as $54 million — and as high as $90 million if the 118 stores with bids also are affected. So the chain has proposed 25 percent of the severance the report says employees are entitled, with a maximum cap of $10 million for all workers. This would be made on a “timely basis,” with the rest of the severance being paid later depending on what is left after stores being sold and what A&P creditors are due to settle the bankruptcy case.

Deli Market News will continue to keep you up to date on this story as it develops.

The Great Atlantic & Pacific Tea Company, better known as A&P, is a supermarket and liquor store chain in the United States.