See inside one of California's biggest celebrations of artisan cheeses

Rain or shine, the 10th Annual Artisan Cheese Festival was the talk of the town last weekend as deli makers and messrs from all over California gathered to showcase products to the public. And since it was located in our own backyard, DeliMarket News couldn’t help but stop in and taste all that the Golden State had to offer. 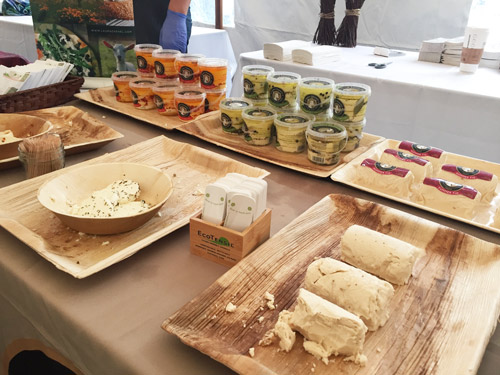 The Sunday event kicked off with a well-attended Bubbles Brunch featuring celebrity guest chef and “father of wine country cuisine” John Ash, with each plate starring cheese. VIPs and industry members then had the opportunity to go over to the showcase itself and see exhibitors and products before the public came in at noon. 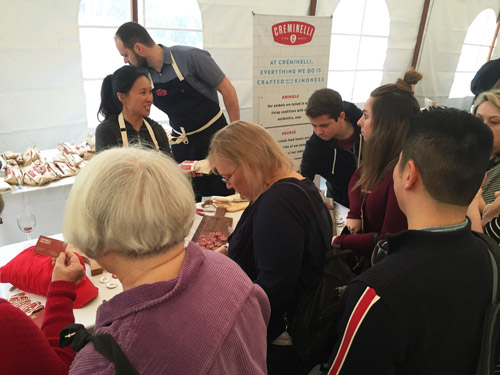 And once the clock struck 12, it was clear it was an event locals were waiting for.

A crowd of 1500 people convened under the Big Top at the Sheraton Sonoma County, shopping and tasting the offerings of more than 30 cheese producers as well as about 40 wineries, breweries, and restaurants, plus 36 other Marketplace participants. 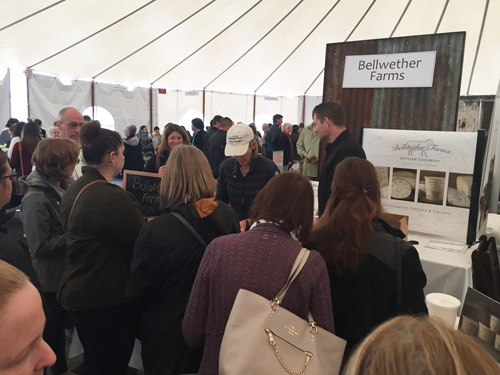 According to the California Artisan Cheese Guild, 10 percent of all ticket funds raised by the event help the artisan cheesemaking community directly, going to nonprofit organizations that work to protect land those makers need for cows, sheep, and goats, as well as cultivating the future of the industry through training and encouraging the next generation of milk producers and cheesemakers. 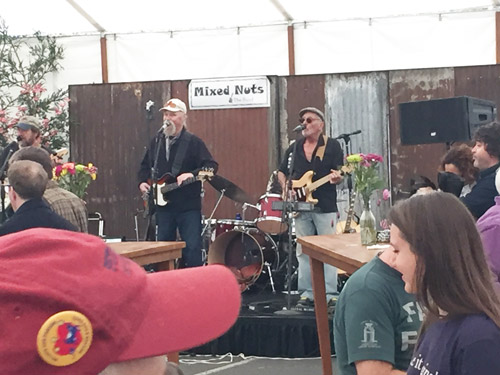 To date, the California Artisan Cheese Festival has donated upwards of $80,000 to:

Overall this was a fun event to show appreciation to one of the biggest contributing states in artisan cheesemaking.