Welcoming the comedy giant as he joins all-star speakers like Anthony Bourdain, Lori Greiner, and more

The International Dairy Deli Bakery Association’s (IDDBA) Dairy-Deli-Bake conference is rapidly approaching, and luckily for attendee hopefuls, the organization is announcing two more reasons for registering as soon as possible. Actor, comedian, and entertainment mogul Jerry Seinfeld has just been announced as a speaker at the June 5-7 conference in Houston, TX, adding his name to the list of an already world class list speakers. 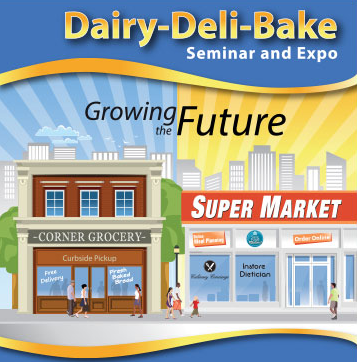 On top of that big announcement, IDDBA has shared that $100 off Early Bird registration prices for the event have now been extended until April 15, making it that much easier to ensure that you see Jerry Seinfeld and company up-close and personal at the event.

A full-fledged entertainment icon, Jerry Seinfeld’s comedy career took off after his first appearance on The Tonight Show with Johnny Carson in 1981, spurring what was to become the most successful comedy series in the history of television: Seinfeld. The show ran on NBC for nine seasons, winning numerous Emmys, Golden Globes, and People’s Choice awards, and was named the greatest television show of all time in 2009 by TV Guide, and in 2012 was identified as the best sitcom ever in a 60 Minutes/Vanity Fair poll.

Now with the addition of Jerry Seinfeld, the list of speakers at the Dairy-Deli-Bake conference includes:

According to the IDDBA, currently attendance lists are showing 9,000 professionals, 700 exhibitors, and 1,900 booths, making the conference a perfect opportunity to network with top companies from around the world, and see some of the newest and most innovative products on the market.

For more on IDDBA’s 2016 Dairy-Deli-Bake conference, visit the website here, and stay tuned to DeliMarket News for even more updates.