As the physician and former FDA Commissioner steps back into his role, what’s ahead for the industry? The NMPF comments…

The new head of the Food and Drug Administration (FDA) will be a familiar one for the U.S., as the Senate confirmed Dr. Scott Gottlieb to the appointment this past Tuesday.

Gottlieb was voted in as Commissioner of the FDA with a vote of 57 to 42 in the Senate, according to the New York Times. As Gottlieb is sworn in, this will mark the second time that the physician has worked in this particular branch, as Gottlieb also served as Deputy FDA Commissioner under former President George W. Bush from 2005-2007.

Jim Mulhern, President and CEO of the National Milk Producers Federation (NMPF), supported the nomination; stating in a email that the NMPF congratulates Gottlieb on his confirmation. The NMPF plans to engage with the FDA’s new leadership on ways to strengthen food safety, the use of antimicrobials in livestock, and to further ensure the clean and consistent labeling of regulated foods.

“We share Commissioner Gottlieb’s goal of remedying the bureaucratic inertia that has hindered FDA’s work on several issues. This should include the proper labeling of foods that are disregarding FDA standards of identity. For too long, FDA has not responded to dairy imitators’ obvious violation of FDA’s clear definition that milk, cheese, ice cream and yogurt must be made from real dairy sources,” Mulhern stated in the email. “We welcome a more proactive, responsive FDA on the food standards issue to reduce the confusing terminology proliferating in grocery stores and retail food markets. This will greatly enhance the credibility of the agency as the federal authority on food labeling, composition, and safety.” 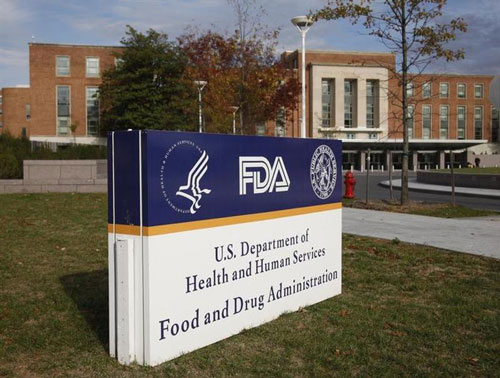 Nominated by President Trump earlier this year, Gottlieb attended the medical school at Mount Sinai School of Medicine. In more recent years, the Wall Street Journal reported, Gottlieb has pursued venture capitalism, in addition to consulting and speaking. In this vein, Gottlieb asserted that he would recuse himself for one year from FDA decisions on more than 20 companies where he has potential conflicts of interest.

How will this appointment further affect the industry? Deli Market News will continue to report as news unfolds.

FDA is responsible for protecting the public health by assuring the safety, efficacy and security of human and veterinary drugs, biological products, medical devices, our nation’s food supply,...