It’s a tough job to make that list and check it twice. And if cookies and milk just aren’t enough, maybe pretzels can do the job?

Soft pretzel franchise Auntie Anne’s has unveiled a holiday campaign that looks to give back to the hardworking Santas out there with its #Snack4Santa promotion. 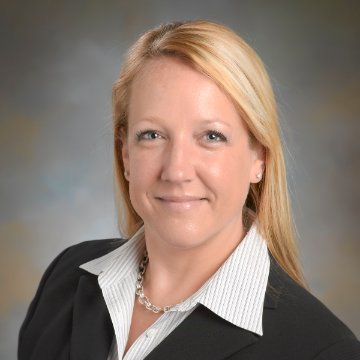 "This time of year is enchanting, but busy! We know that our guests – including Santa and his helpers – need something delicious and portable to keep them energized while running holiday errands," Heather Neary, Vice President of Global Marketing for Auntie Anne's, said in a press release. "We're delighted to offer free snacks to Santas this season and wouldn't be surprised if they end up being preferred over traditional milk and cookies!" 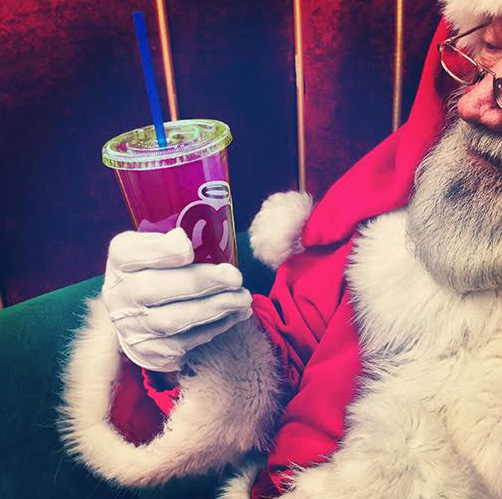 The ability to redeem a free pretzel, which can be done by posting a photo of you sporting a red suit, matching hat, and a long white beard to either Twitter, Instagram, or Facebook with the hashtag #Snack4Santa, isn’t the only way Auntie Anne’s is getting into the holiday spirit.

The company is also debuting a new, festive Sugar Plum Lemonade Mixer, which premiered nationwide this week and will be available through January 3, 2016.

"Our new Sugar Plum flavor truly brings holiday cheer to life. It's a refreshing, seasonal beverage that complements both our sweet and salty pretzels," Neary added. "Personally, I like to pair my lemonade with our new Cheddar Stuffed Pretzel Nuggets – they are the perfect snack to get me through the busy holiday season." 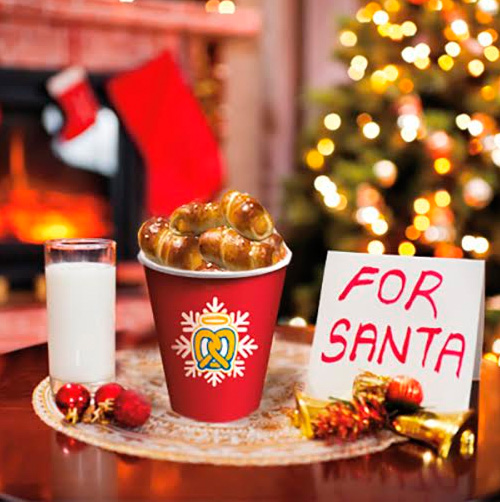 The Cheddar Stuffed Pretzel Nuggets, a bite-sized nugget of soft pretzel dough stuffed with melted cheese, was released recently at the average price of $4.99.

Selling at an average price of $2.69, the Sugar Plum Lemonade Mixer joins several existing flavors that the chain offers, including:

All these, the chain said, are perfect for the holiday season as either support of those that keep it cheerful, or feeding consumers during holiday errands.

Through the #Snack4Santa promotion, Santas can redeem a free pretzel now through December 25, 2015 by sharing that photo and tagging Auntie Anne’s!

Auntie Anne’s mixes, twists and bakes pretzels to golden brown perfection all day long in more than 1,500 locations in 48 states and 30 countries.