How will these imported cheeses match up with fruity and hop-forward beer?

Welcome to this edition of Beer & Cheese Pairings. This week, I have chosen three beautiful French cheeses all imported by Tony’s Fine Foods to pair with Elk Grove Café’s tasty Double Rainbow IPA. It should be an interesting mix. Let’s jump right in!

Double Rainbow IPA comes from Elk Creek Café and was named for a spectacular and complete double rainbow that appeared just outside the brewhouse during the inaugural mash in. This IPA is generously dry-hopped with English Fuggles, which results in a strong, deep golden and fresh beer. It should pair nicely with these strong cheeses.

St. Nectaire is a wonderful French semisoft, washed rind. It is made with the milk from Salers cows that feed on rich, volcanic pastures. This cheese takes 6 to 8 weeks to mature and has a creamy, silky texture and delicious nutty and mushroom flavors. This cheese paired moderately well with the IPA. While the hops were countered nicely by the earthy flavors of the cheese, the pairing lacked an overall sense of balance.

Bethmale Chevre is a beautiful goat’s milk cheese made in the Couserans region of the Comte de Foix region of France. It’s semi-hard, uncooked with a pressed curd, and feature a few holes. This tangy and slightly spicy cheese was my favorite pairing of the day. Its flavor profile was really complemented by the sweet and bitter notes of the beer.

Florette is also a goat’s milk cheese that is soft ripened and produced in the Guilloteau creamery. This bloomy rind cheese is unlike most goat cheeses. Instead of a sharp and tangy flavor this cheese has a much more delicate flavor that is heightened by its creamy texture. This cheese was absolutely fabulous on its own, but was slightly overpowered by the IPA.

Make sure to tune into the next installment of Beer & Cheese Pairings! 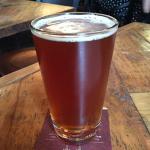 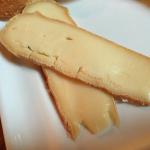 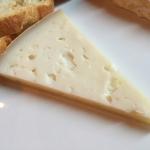 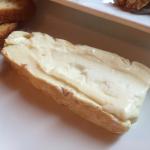