How did this fruity beer pair with three cheeses from these companies?

Welcome to this edition of Beer & Cheese Pairings. For this installment, I’ve chosen a beer with lots of flavor to play off of three extremely diverse cheeses. Let’s jump right in.

Maximus Pandora is an easily drinkable beer from Brouwerij Maximus. It is fruity with a bit of maltiness and kind caramel notes. You can still taste the hops, but it isn’t very bitter. These flavors should allow for some fun combinations with the cheeses.

Estero Gold Reserve is a wonderful raw cow’s milk cheese from Valley Ford Cheese Company. It is aged for a minimum of 16 months.  Throughout the aging, it develops a strong flavor and a harder, dryer texture similar to a Parmesan-style cheese. It was fabulous on its own and paired with the beer. The saltiness in the cheese paired nicely with the sweet notes of the beer.

Gorganzola Dulce is a beautiful blue cheese that is imported from Italy by Murray’s Cheese. It is made from the gently pasteurized morning milk of cows in Lombardy. So thick and rich is the heavy paste, that when pierced to aerate the interior it caves in - thus minimizing oxygen-fueled blue veining within. The resulting flavor is rich, pungent and relatively. This cheese was great on a salty cracker with a bit of wildflower honey. It was a decent pair with the beer, but the sweetness of both left me wanting a bit more.

Pepato from Bellwether Farms is a semi-firm Pecorino with whole peppercorns that give it a subtle kick. is a raw, semi-soft sheep milk cheese with a flaky yet creamy consistency. After being aged for two to three months, Pepato is salty with tangy citrus flavors that are nicely balanced by the heat of the peppercorns. This was my favorite cheese and pairing of the day. The saltiness of the cheese coupled with the kick of peppercorn melded with the beer to form a great overall flavor.

Be sure to check back next week for another all new edition of Beer & Cheese Pairings. 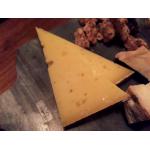 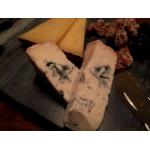 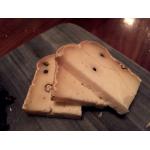 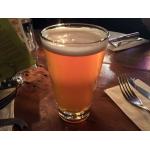 Valley Ford Cheese Company was founded in 2008 and is located on Mountain View Jersey Dairy, off the rural coast of Sonoma County, California.

Our cheeses are used by many of the finest restaurants across the country and have been featured in The New York Times, Martha Stewart, Sunset Magazine, Williams Sonoma, Fine Cooking and other...