Taking the word "launch" literally, the ice cream brand shoots for the moon and past the competition with its new product

Though we often refer to new product debuts as launches of sorts, Ben & Jerry’s is literally launching its latest flavor offering into the stratosphere. As part of a partnership with Netflix, Ben & Jerry’s unveiled its new “Boots on the Moooo'n” flavor and, in honor of its name, launched it toward the very moon herself almost 20 miles above the earth.

As one of the frozen dessert category’s constant flavor developers, Ben & Jerry’s is always cooking up—if ice cream could be cooked up—innovation that reflects pop culture’s latest phenomenons. And Boots on the Moooo'n is no exception. This flavor is an ode to the new Netflix comedy series, Space Force, which is premiering today, May 29. And, we here at Deli Market News, can’t help but notice that the timing also aligns perfectly with the latest from NASA. 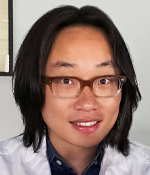 "I'm excited to join forces with Ben & Jerry's on this Space Force flavor launch. How cool is it that we have our own ice cream?! Especially because it's super delicious. Can't wait for everyone to try it and watch Space Force at the same time," said actor and comedian Jimmy O. Yang, who plays Dr. Chan Kaifang, the lead scientist on the Space Force team.

According to a press release, Boots on the Moooo'n features a universe of milk chocolate ice cream with fudge cows and toffee meteor clusters orbiting a sugar cookie dough core—and just off of that, the DMN team is already over the moon for this flavor. Okay, that’s enough of the space puns—for now!

For more fun product launches from our industry’s biggest players, stick with us at Deli Market News.

Ben & Jerry’s believes business has a responsibility to give back to the community. We make the best possible ice cream in the nicest way possible.