Unveiling an expansive lineup, the specialty supplier turns the cheese case into this summer's must-stop destination

While you may think that sheep are meant for counting you off to slumber, they’re actually meant to put you in the spirit for some summertime cheese shenanigans! Forever Cheese, importer of cheeses and specialty foods from Italy, Spain, Portugal, and Croatia, agrees with this sentiment and has declared this summer “The Summer of Sheep”! 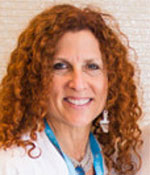 “This summer, we wanted to put a special focus on our sheep’s milk cheeses,” explained Co-Owner Michele Buster. “With this curated list, we are highlighting some of our favorites as well as some lesser known gems. We hope that through this promotion, our customers and cheese lovers in general find a new appreciation for sheep’s milk cheeses, while having some fun tasting new varieties that they may not have encountered before.”

The following cheeses are part of the promotion:

The promotion will be backed by a media and email newsletter through August, which will feature some of the above cheeses like Gran Cacio Etrusco, a pecorino from the countryside of Rome that is rubbed with a mix of olive oil and vinegar during its six months of aging, and Miticrema®, a one-of-a-kind spreadable sheep’s milk cheese from Murcia, Spain, that is a perfect substitute for regular cream cheese.

Other cheeses, like Pecorino Camomilla, a semi-soft Italian cheese coated in delicate chamomile blossoms, and Manchego Chisquero, a raw milk artisan Manchego from a closed-circle farm, aren’t as widely known and have a smaller production, but that shouldn’t stop consumers from giving them a try.

What other promotions will prompt more cheesy love at retail? Deli Market News will continue to find out.

Babybel® Launches the First Range of Functional Snacks in the Category,...