With Mariano Gonzalez officially in the Head Cheesemaker role, the company sets its sights on exploring new directions

While the rest of us were ringing in a new year back in January, Grafton Village was celebrating its own dawning of a new era after welcoming a new addition to its cheesemaking team: Mariano Gonzalez. To find out more about Grafton Village’s and Mariano’s new chapter, I tapped the man himself. Here’s what he had to share… 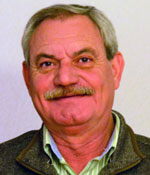 “I am very excited about joining a company that has such a long history of cheddar making in Vermont,” Mariano began. “I am excited to play an active role in supporting small local dairies and other artisan cheesemakers and producers. The mission of the Windham Foundation to support Vermont’s rural landscape and rural communities is something that I believe in and something I have tried to practice in my own personal and professional life—helping and supporting other artisan producers.”

Mariano has been in the cheesemaking game since 1987 when he moved to Shelburne, Vermont, and learned to make traditional cheddar cheese by hand at Shelburne Farms. Over the years, his signature cheeses, including San Joaquin Gold, Lionza, and more, won many awards around the world, and he picked up new cheesemaking techniques, like that of a traditional cloth-bound English style cheddar—one of Mariano’s dream cheeses. 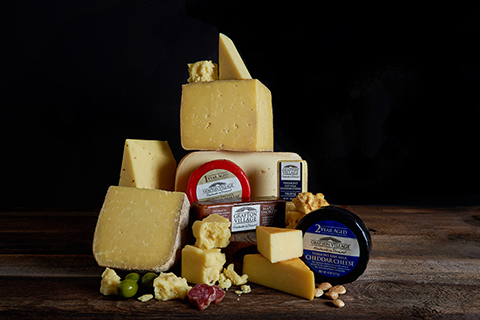 Prior to joining Grafton Village, Mariano held the role of Head Cheesemaker at Fiscalini Cheese Company, where he helped put California's Central Valley on the map as a producer of artisan cheese. As he steps into his new role with Grafton Village, he revealed he is excited to marry the expertise he has gathered throughout his career with that of the Grafton team’s.

“I’m bringing good ol’ fashioned techniques and hand-crafted style. I’m very grateful to have learned to make artisan cheese in the old-fashioned way. Grafton Village Cheese is a traditional New England style cheddar that has always been made by hand in small batches. These are the techniques I want to reinforce with our team of cheesemakers,” Mariano shared with me. “Cheddar making in Vermont has such a rich history and thanks to the Windham Foundation’s vision back in the 1960s, the tradition continues here in Grafton. When you learn to make cheese by hand, you have a better connection with the product.”

I also asked Mariano, as a witness of the industry’s past 30 years, if there were any trends he’s had his eye on of late that could be cheese’s next big thing.

“The production of mixed milk cheeses is a rising trend in the industry. Grafton Village has been on the forefront of this trend with its Shepsog cheese, a delicious semi-hard cheese made with a combination of sheep’s milk and cow’s milk. The sheep’s milk we use comes from an Amish cooperative in New York State,” Mariano explained. “In addition, cheese companies are realizing that you need to stick to your roots and focus on what you do best. Grafton has a long history of producing quality cheddar cheese, and we are focused on continuing that trend, taking our existing products to the next level, and eventually exploring some new products that align with our history and mission.”

As we head into a season where anyone who’s anyone in the cheese world is highlighting their very best, I also asked Mariano if there were any star-quality cheeses retailers should be reminded of this summer. According to Mariano, Grafton Village Cheese’s cave-aged cheddars are exceptional, with Bear Hill, Shepsog, and the coveted Queen of Quality also taking the cake—or cheese—as cheese case show-stoppers.

And in terms of sneaking a peek at anything new Grafton Village is working on, Mariano left me with a mysterious, “Stay tuned!”

With cheeses and flavors for any palate, Grafton Village Cheese is only going up—and you can count on Deli Market News to continue to report as it continues to do so.

Grafton Village Cheese is part of the nonprofit Windham Foundation of Grafton, Vermont, whose mission is to promote the vitality of Grafton and Vermont's rural communities through its philanthropic...