The company takes one of its most classic products, introducing it in a new format for the frozen breakfast aisle

Hormel® Mary Kitchen® has been producing its famous hash products for 70 years, and its fans are legion. But now the brand has revolutionized its classic packaging with new products that have moved out of the canned foods aisle and into the wintery wonderland of the frozen breakfast foods aisle. 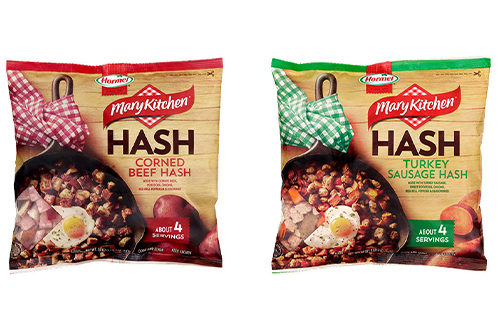 "Our new Hormel Mary Kitchen frozen hash products are a perfect way to bring modern day brunch to the comforts of your own home," Sarah Johnson, Brand Manager, said in a press release. "It's restaurant-style quality, convenient to prepare, and requires no additional ingredients. However, it's also versatile and can be used in a variety of fun and delicious recipes to fill your breakfast table with a creative and bold spin on a time-honored classic."

The new frozen hash products will come in two varieties—a traditional corned beef hash and a turkey sausage sweet potato hash. Both varieties contain over nine grams of protein per serving and are made with a hearty blend of high-quality meats, roasted potatoes, red bell peppers, onions, and a touch of select seasonings. 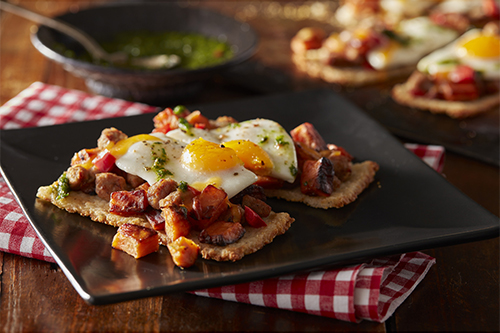 New varieties are already being developed to round out the flavor offerings of the inventive new product. The first is a breakfast hash made of pork breakfast sausage, roasted red potatoes, red bell peppers, onions, and bacon. The second is a superfood hash for the more health-conscious and contains corned beef, roasted red potatoes, sweet potatoes, kale, carrots, mushrooms, onions, peppers, and peas, for a punch of fresh, healthy goodness. Both varieties are slated to be released later this year

The new hash products can be found in the frozen breakfast foods aisle in select Jewel, Hy-Vee, and Safeway locations across the country, though this distribution footprint is expected to expand to other retailers in the near future. Each bag contains four servings and has an MSRP of $6.49-$6.99, offering consumers an affordable and highly flavorful breakfast option.