Teasing plans to enter into plant-based dairy, the specialty pioneer tackles its next line of products

Impossible Foods is at it once again. The plant-based purveyor is expanding its multifaceted technology platform, accelerating product development, and plans to double the size of its research and development team (R&D) over the next 12 months. News of Impossible Foods expanding its R&D team compounds the unveiling of a new product that the company is working on: plant-based milk.

According to its press release, Impossible Foods is doubling the size of the Silicon Valley-based R&D team over the next year in addition to launching the “Impossible Investigator” project, a unique program to woo the world’s best scientists to work on the most important scientific problem Earth has ever faced. 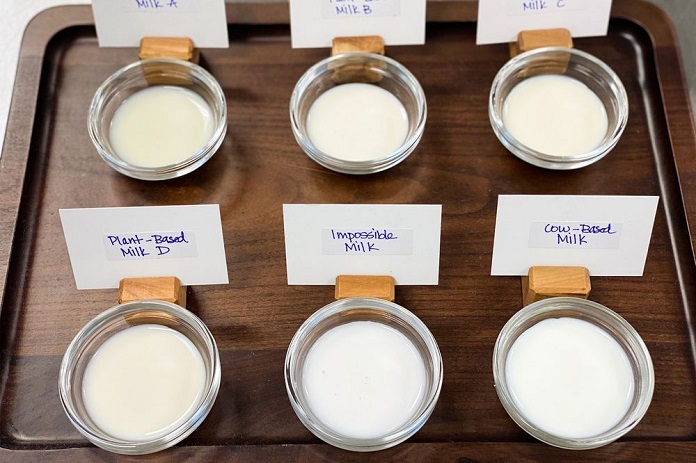 As reported by CNN, Impossible Foods’ next animal-free product, supposedly named Impossible Milk, is still in development and would not be similar to what is currently out on the market.

Although there is no definitive date on when the prototype will pass muster, this addition to Impossible Foods’ portfolio would lead the plant-based company to expand its hold in more categories.

When will we see Impossible Milk out on shelves? Keep checking back to Deli Market News as we report on the latest.