Chicken and waffles is one of those flavor combos that came out of seemingly nowhere, taking foodies around the world by storm. Truth be told, the now-famed meal rose from the depths of a circa 1930 Harlem tradition. The fast-food chain, KFC, introduced chicken and waffles to its menu less than a year ago, but is now attempting to create its own unconventional tradition, experimenting with fried chicken and donuts. 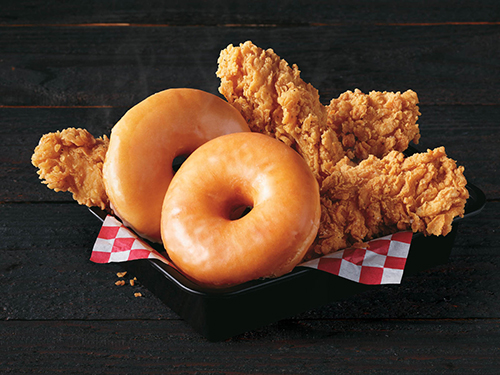 According to Food and Wine, the KFC menu will offer its new item in two ways. First, consumers can get their chicken and donuts the old-fashioned way: In a basket. This offering comes with chicken on the bone or chicken tenders and one donut on the side for $5.49 or two donuts for $7.49. The second option challenges the “what makes a sandwich a sandwich” debate, slapping an Extra Crispy chicken filet in between two glazed donuts for the price of $5.99, or $7.99 to make it a combo meal. 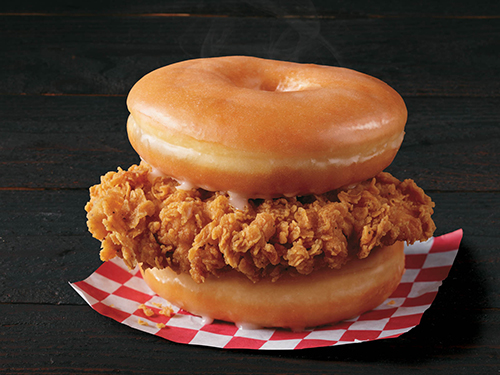 Just interested in sinking your teeth in a KFC donut? The chain will also offer the treat as an add-on to any meal for $1. The concept is being tested at 21 KFC locations in Norfolk and Richmond, Virginia, as well as 21 locations in Pittsburgh, Pennsylvania. If the offering generates enough positivity, we expect to see chicken and donuts spread to KFC locations across the country.

Stay with us at Deli Market News as we cover the most innovative flavor combos around.

Kentucky Fried Chicken. Founded by The Colonel. Practitioners of The Hard Way. Purveyors of the World's Best Chicken.