Earlier this month, we reported on data from 30 of the United States’ top ports, which showed that we were still facing some of the worst congestion in history. It seems relief may now be coming down the pike, as recent reports revealed that port congestion may be easing over the coming weeks.

CNBC reported disruptions are now easing as Chinese exports slow in light of waning demand from Western economies, logistics data shows. Container freight rates have been falling, and container shipments between Asia and the U.S. have also decreased.

“The retailers and the bigger buyers or shippers are more cautious about the outlook on demand and are ordering less,” logistics platform Container xChange Chief Executive Officer Christian Roeloffs said in an update on Wednesday. “On the other hand, the congestion is easing with vessel waiting times reducing, ports operating at less capacity, and the container turnaround times decreasing which, ultimately, frees up the capacity in the market.”

The source further noted container prices are $3,689 per 40-foot container. The current index is also much lower than record-high prices of over $10,000 during the height of the pandemic but still remains 160 percent higher than pre-pandemic rates of $1,420.

Port throughput around the world has also dropped. When Shanghai reopened after its recent lockdowns, port traffic volumes lifted but weren’t enough to offset the “wider downturn in port handling levels,” Drewry noted. 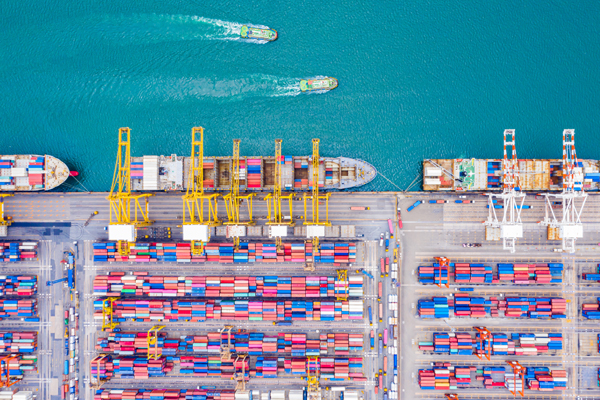 “We assume that the sharp drop in container shipments largely reflects U.S. retailers stopping orders and reducing inventories due to the risk of an economic slowdown,” Nomura Bank analyst Masaharu Hirokane said in a note on Wednesday, adding that the bank has yet to see signs of a sharp fall in U.S. retail sales.

Deli Market News will keep tabs on the port congestion in the U.S., so stick around for more updates.