Are you prepared for road and flight delays for California, Arizona, Idaho, and more as we head into the holiday weekend?

Stormy weather will likely make both road and flight travel a little longer than usual in the western U.S., as we head into the already-bustling holiday weekend. Heavy rains and snow in California, Arizona, Idaho, Oregon, and Utah have promised to keep things interesting as the nation takes to the streets and skies for one of the year's biggest travel days.

According to a report from AccuWeather Senior Meteorologist Alex Sosnowski, an end-of-week storm will start with rain in the deserts of Arizona, Colorado, New Mexico, and Utah, making its way into the mountains with snow and ice as of Thursday night. 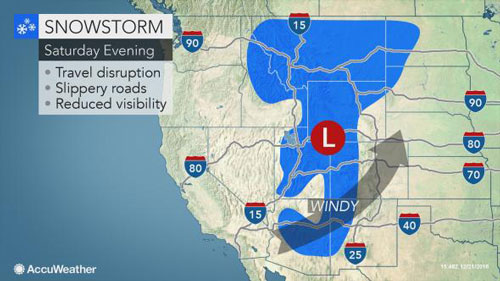 On Friday and Saturday, California will also get its fair share of rain, especially in its coastal and low-elevation regions. California, as well as Nevada and Arizona, are all at risk for flash flooding and mudslides over the weekend, AccuWeather says, putting travelers and shippers at risk for lengthy commutes. Airline delays are also highly likely.

The source lists the following cities at particular risk for a drenched holiday: 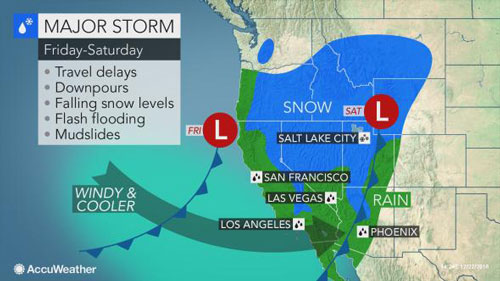 As we head into Sunday, Christmas days, conditions will likely improve as the storm makes its way east towards Great Plains. AccuWeather warns that the northern U.S. could see blizzard conditions, while the South will get a dose of severe thunderstorms south.

Us at Deli Market News wish all you last-minute travelers and gift-shippers a safe and happy holiday!