I love a product that allows for the sweet and the savory sides of innovation to come to the collective plate. And in my mind, maple syrup is one of those amazing creations, including Runamok Maple's fantastic barrel-aged, infused, and smoked maple syrup. Company Co-Founder Laura Sorkin, joined me to discuss the family of products as well as the highlights and features that make this company stand out. 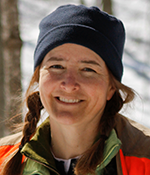 “When it comes to flavors and pleasing the consumer palate, we’ve learned to be open to anything. In the early days for example, my husband and Co-Founder Eric Sorkin, thought that Thai lime leaf, aka Makrut or Kaffir, might be interesting,” Laura shared with me. “Everyone was dubious but when we tried it, we were blown away. The syrup takes on an entirely new character that is very delicate and floral. What we now call Makrut Lime-leaf Infused is a staff favorite.”

Runamok has been producing maple syrup since 2009, but the company started the retail line with infused, smoked, and barrel-aged syrup in 2016. There is a lot of maple syrup on the market so the team decided to distinguish themselves by taking maple syrup in directions no one had seen, Laura revealed. 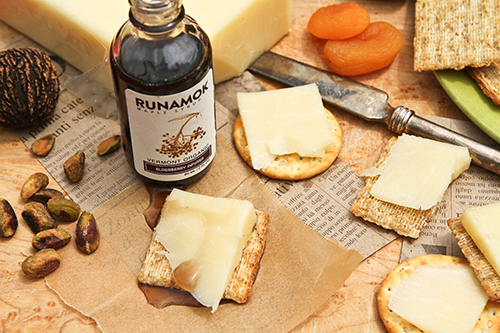 “There are some tried and true spices that have traditionally gone with maple, like cinnamon and vanilla. But after pulling out the spice rack and testing some of the more unusual ones, we’ve found maple to be complementary to so many other flavors,” she said.

The innovative flavor generators are also highlighting The Cheese Pairing Set this year, which was one of its first sets that the team launched in its first year and remains one of Runamok’s most popular.

“We created it because so many of our syrups go well with cheese that we wanted a sample pack so the consumer could try our four favorites. Though it was difficult to select just four, we did a huge tasting session at the sugarhouse with feedback from the whole crew,” Laura reflected. “We bought many varieties of cheese, both high end and supermarket, and set them out with our syrups to try. That Pecan Wood Smoked Maple was great on cheese, especially cheddar, was not news to anyone so that was definitely going in. The next one that everyone loved was the Elderberry Infused. It has notes of fig and honey that bring out the best in almost any kind of cheese but is especially good on blue.”

Laura added that the Hibiscus Infused also paired well with blue, as well as chèvre and mild cheeses like Havarti. And the Bourbon Barrel-Aged was lovely on brie and other triple crème type cheeses. Yum all around. 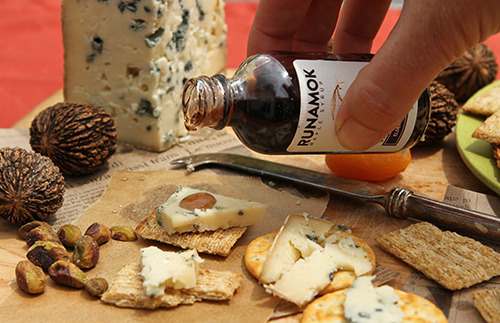 The Cheese Pairing kit is available at many cheese and charcuterie shops and companies looking to partner with Runamok have ample opportunities to tap into.

Speaking of opportunities, Laura says that one of the great ways retailers can tap into the benefits of the Runamok program is to sample, sample, sample. Whenever the company puts out samples of its syrups with cheese, the lightbulb goes on over people’s heads.

“We are trying to get consumers to realize that maple can be used for so many other dishes other than pancakes. It is great over cheese, in savory dishes like stir-fry and in cocktails. Pure maple syrup is very versatile but the infused and barrel-aged bring a new dimension that is fun to play with,” Laura wrapped up, adding that the opportunities for growth are endless.

If reading this story has not made you a fan already, then let the products speak for themselves! And keep checking back with Deli Market News for more on the flavor leaders in our industry!

Runamok Maple is located on the Western Slopes of Mount Mansfield, Vermont. We manage 81,000 trees across 1,300 acres of beautiful northern woodland.