The beverage company hones in on a trending dietary habit, launching a new line to reach a swelling demographic

Vegetarian, vegan, and flexitarian are popular terms right now, but another contender for the consumer diet is keto. The low-carb, high-fat dietary regimen has been a top favorite for the masses as of late, and its popularity keeps rising. Keto and Co, maker of the Sated keto shake mixes, wants to shake up the dietary world with the launch of its new “ready-to-drink” format, making it more convenient for followers to stick to their strict diet plan. With this launch, Sated becomes the first nutritionally complete, ketogenic meal-in-a-bottle to hit the market. 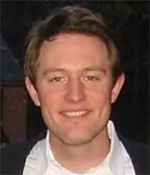 “Our shakes are ready when you are,” said Keto and Co CEO, Ted Tieken. “And because they have all the nutrition of a balanced meal, they keep you fuller longer.”

According to a press release, Sated Ready-to-Drink shakes fill a key gap in the exploding market for convenient, low-carb, keto foods. According to proprietary research conducted by Keto and Co, there are 15 to 25 million people in the United States currently following a keto diet, and they cite a lack of quick, convenient keto food options as their top challenge.

Sated's mix-it-yourself version has been a top-selling keto shake since 2014, but sometimes a “ready-to-drink” option is just more appealing. In August 2018, the company launched a Kickstarter campaign to make Sated Ready-to-Drink a reality. That campaign raised over $200K during pre-launch, making it the fourth largest food product Kickstarter to date. Sated Ready-to-Drink is available in naturally-sweetened Chocolate and Vanilla flavors.

"The anticipation we've seen for Sated Ready-to-Drink has been incredible," says Tieken. "We're thrilled to be bringing it to our backers, our customers, and to a national market that is growing ever more carb and health conscious."

Califia Farms Shares New Products for the 2020 Kick Off

Boochcraft Ramps up With Expansion and New Products

Since 2015 we have been working to make ultra-low carb, tasty, convenient, healthy, affordable keto foods. Our mission is to create keto-alternatives to everything you had to throw out of your...