The soup company elevates one of its major products to the highest form, separating the ordinary from the extraordinary

When one thinks of a sommelier, one doesn't usually associate the title with soup. Well, now they can. Campbell Soup Company has announced that Swanson® is introducing its first-ever broth sommelier to educate consumers on the care and precision that goes into making broth and to help home chefs identify the ideal broth. 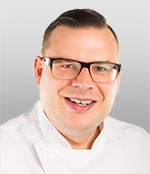 "Akin to fine wine or cheese, not all broths are the same. Broth is made through an intricate, deliberate cooking process that requires close attention to the ingredient selection to make a broth with a delicious flavor curve—the beginning, middle, and end flavor notes; a rich aroma; and a bold mouthfeel," said Chef Graham Zanow, the first, newly named Swanson Sommelier. "Whether you're a professional or home chef, it's crucial for all of these elements to be considered when selecting a broth to ensure the end dish is as delicious as possible."

Chef Zanow works as the soup and broth executive research chef for Campbell’s. As the Swanson Sommelier, Chef Zanow aims to redefine how consumers think about broth, shedding light on flavor intricacies and the impact it makes on every dish. According to the press release, Chef Zanow brings a distinguished culinary background to this role, with degrees from the Culinary Institute of America and experience in three-Michelin-starred restaurant French Laundry. 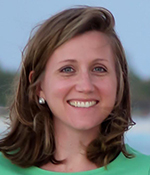 "A rich, flavorful broth is a must-have when making delicious soups and savory meals," said Teresa Sandstrom, Senior Marketing Manager at Swanson. "Every batch of Swanson chicken broth starts with a premium double stock, which we carefully craft from 100 percent natural chicken meat and bones that are gently simmered for 12 hours for richer flavor. We commend at-home chefs that dedicate time to make broth from scratch, but know this is not always an option. Our broth is the ideal shortcut to homemade flavor at its best."

As the Swanson Sommelier, Chef Zanow is involved in every step of the broth development process to ensure that all broths meet the Swanson gold standard. For the first time, Chef Zanow and his team are sharing the flavor curve for Swanson chicken broth to widen perspectives and deepen the appreciation for a broth's taste and quality.

"Take our Swanson 100 percent Natural Chicken Broth, for example: The flavor experience starts with herbs like sage and rosemary. Then, you taste rich, real dark and white meat chicken, followed by a perfectly blended mirepoix (the ideal ratio of onion, carrot, and celery), and you finish with a savory umami flavor," stated Chef Zanow. "Broth sets the taste and tone of your homemade soups and adds the essential flavor boost to a variety of dishes, from rice and stuffing to sauces and meats."

For those looking to have a more savory sommelier title, check out the Swanson site for more info. Keep reading Deli Market News as we bring you more in the specialty food industry.