Chipotle Mexican Grill looks to be bouncing back, with new offerings and new prices to help turn profits.

In recent weeks, the fast casual chain with a focus on fresh upped its tortilla game, touting a back-to-the-roots tortilla that is preservative- and GMO-free. 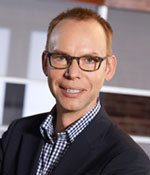 "I've been on a quest for a better tasting tortilla for years, and we finally achieved a tortilla made the way you would make them at home, and they are simply delicious," CEO Steve Ells said in a statement, according to CNBC. "Ultimately, all of the decisions we make about the ingredients we use are about making the very best tasting food we can."

That quest is portrayed in a millennial-focused animation the company released with a mantra of its ingredients—flour, water, canola oil, salt, and yeast for flour tortillas, or corn, masa, flour, and water for corn tortillas.

Watch in the video below as Chipotle’s latest fresh ingredient touts “greatest rapper” in town.

The confidence in a Chipotle turnaround is further bolstered by a new announcement in raised prices, appearing in upwards of 440 of its locations, or about 20 percent of its total chain, as reported by Bloomberg. 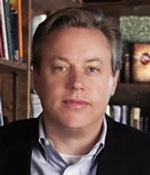 “The increase is our first in about three years, and was implemented to help offset labor and food inflation,” PR Director Chris Arnold told the news source. “Even with the new prices, our pricing remains very competitive, particularly if you factor in our ingredient quality.” 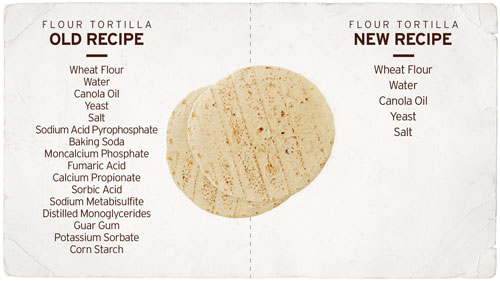 The boost is about about 5 percent on average as of April 11, Arnold said, with no current plans to charge higher prices at all 2,200 Chipotle locations.

Will these next steps produce the hike the chain is seeking, as it further bolsters the fresh trend sweeping our industry and beyond? Deli Market News will continue to report.