Find out what two sweetened flavor profiles the company has debuted in this exclusive, high-graphic video

Acting as the hub for product launches and unveilings on new twists to consumer favorites, IDDBA this year was ripe with new flavors and samplings to try.

As Jennifer Margoles, Executive Vice President at 34 Degrees Crisps, told me from the bustle of the show floor, the company had its own debut of new consumer treats to offer at the event.

Offering a sweeter take on the company’s solid line of crisps, 34 Degrees is now offering its product in chocolate and vanilla flavorings. 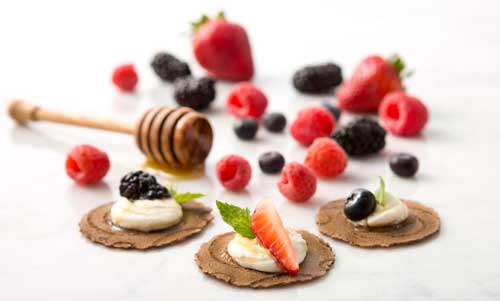 “They still pair with cheese, but they are also a great way to enjoy your coffe in the morning or pair with fruit, and even eat as a snack on their own,” Jennifer tells me of the new line's versatility.

The company, which derives its name from the latitude line which passes through Sydney, Australia, has been offering the Australian-themed crisps for nearly ten years, and is now able to produce the line right in its own Colorado-based facility. 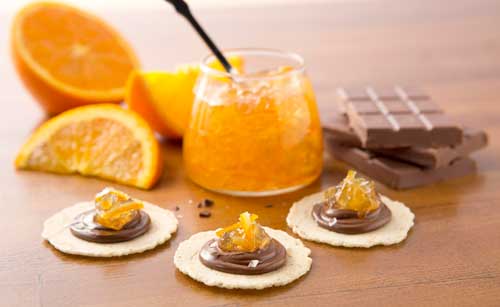 To learn more about the rich history of 34 Degrees, and consume more information on the new flavor profiles offered by the company, watch the exclusive Shop Talk above from DeliMarket News!

34 Degrees, the maker of all-natural, wafer-thin crackers was created by people with a profound love of food. Made from a handful of high-quality ingredients, 34° Crisps are a delicious and...