More variety available in this company's all natural flour line, find out more about the quinoa-filled products here

Matching what the company says is a high demand for more gluten-free baking and cooking options, Pereg Natural Foods has announced the addition of six new variations to its line of gluten-free quinoa flour.

The company said that it is proud to present the following flavors as an alternative to white flour:

Pereg said that excluding the farro variety, all flavors are gluten-free, 100% natural, and non-dairy. The company recommends that consumers use its unique flour options as a 1-to-1 substitute for whole wheat flour in most recipes. 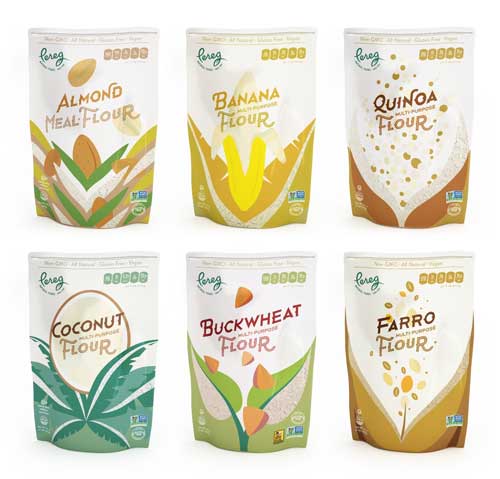 Pereg said that its new gluten-free quinoa flour flavors join its other Kosher product lines, certified by both the Orthodox Union and CRC, just in time for Passover.

You can find a full list of Pereg’s products and nutritional details here, and continue checking back with DeliMarket News for innovative new products in the industry.

PEREG GOURMET produces more than 60 varieties of spices, spice blends and herbs. The spices are pure, fresh and natural with no additives, no preservatives, no added volume and no food coloring.