The baking company is to debut in 7,500 Starbucks stores this month

Starbucks has signed on a new bakery artisan to its list of offerings, expanding its food portfolio and pushing one American baker’s dream across the nation.

After nine years of hard work and climbing the ladder, Meghan Ritchie’s Megpies artisan tarts will now be available in upwards of 7,500 Starbucks locations across the nation, launching July 12th.

“Meg and Paul represent the kind of entrepreneurs we love to work with. They have a great story, genuine passion for their business, and an amazing product,” Deb Hannah, Director of Retail Branded Partnerships, commented in a press release.

Ritchie started on her front stoop in Brooklyn, selling baked goods after dabbling in it as a hobby while she worked several odd jobs and attended the American Academy of Dramatic Arts at the age of 18. 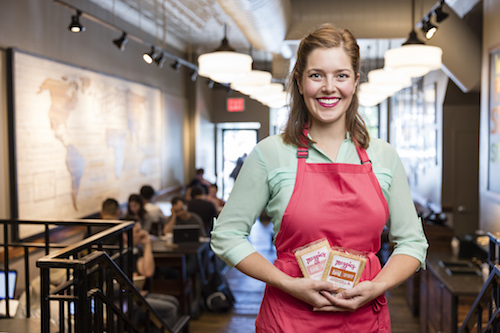 It’s the story that the consumer, and therefore the industry, is looking for in product loyalty.

“My roommate and I started selling donuts from our frontstoop only because we thought it would be fun,” Ritchie said. “To our surprise, things just took off. Soon we were selling donuts once per week to keep up with the demand from commuters who passed by our home.”

Ritchie emphasized that while she was emphasized by two great cooks in her family, with her mother and stepfather always charged with bringing desserts to family gatherings. She, however, like many of us growing up, enjoyed eating the treats rather than baking them as a child. “I didn’t do a lot of baking on my own as a kid, but I was always around people baking and I really enjoyed eating treats.”

Now with her boyfriend, Paul Jones, Ritchie has elevated to a nationwide contract with one of the giants of foodservice.

“Megpies are so delicious and nostalgic. They take me back to my childhood,” Hannah said. “My team and I adore them, so we had a strong feeling that customers would love them, too.” 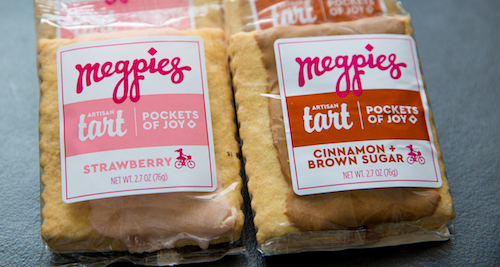 We will see soon enough, with the launch days rather than weeks away. It’s an achievement that Ritchie expressed as still being in awe of.

“Paul and I are trying to celebrate every milestone of our company,” she said. “It’s hard to believe that we’ve grown from a local business to one with a national reach in just a few years. It’s so far beyond what we could have imagined.”

The road to get her here has been paved with sweet treats, and it will be exciting to see if this latest move sparks other big names to push small brands born of a story of hard work towards a tasty hobby.