After investing over 1.75B in these big-box retailers, this company accelerates its expansion with a recent acquisition

In the world of retail, acquisitions and expectations are always high on our radars. Recently, the wires were abuzz when Apollo Global Management announced it had acquired Tony’s Fresh Market, a specialty grocery chain, through funds managed by affiliates of the private equity giant.

“It just felt like we needed and wanted a partner that can help us get to the next level,” said Frank Ingraffia, Chief Executive Officer and son of Founder Tony Ingraffia, to the Chicago Tribune. “We think we have a good thing going here, and we’ve done well over the course of 43 years, but when you bring on a partner like Apollo, it kind of takes you to the next level.” 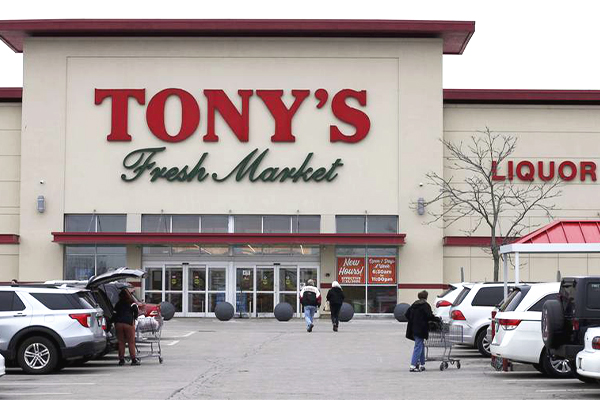 The Chicago, Illinois-based retailer has been family-owned and -operated since its founding in 1979. According to the news source, Founders Tony Ingraffia and Domenico Gambino opened the first location when they immigrated from Italy. Now, Tony’s has six locations in Chicago, most of which are located on the city’s Northwest Side.

Following the deal, the Ingraffia family will remain involved both in management roles and as shareholders. This recent deal is expected to bring an improvement to the grocer’s operations from a customer standpoint, as Frank Ingraffia explained.

Apollo Global Management, a New York-based private equity company, has also made several other investments in the retail business, including a $1.75 billion contribution to Albertsons in 2020. In addition, the company has also made investments in Sprouts Farmers Market, The Fresh Market, and Smart & Final.

Follow the changes in the retail landscape with Deli Market News.

Shop fresh so you can eat fresh. We're a family-owned supermarket with 16 locations in Chicago & surrounding area.