Borden Ranks No. 16 on Forbes List of America’s Most Reputable Companies

After announcing its brand refresh last week, Borden has some more good news! The dairy processor and distributor recently released a statement noted that it has landed the 16th spot on Forbes’ 2019 list of America’s 100 Most Reputable Companies. 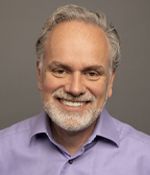 “We are honored to earn a spot on this year’s list of Most Reputable Companies and look forward to ranking even higher on the list as we continue to prioritize consumer needs and product innovation,” said CEO Tony Sarsam. “We know Americans have a lot of options for delicious and nutritious food and beverages, so consumer trust is something we’ll never take for granted.”

Founded more than a century and a half ago, Borden has undergone a recent transformation and will be reintroducing its beloved Elsie the Cow to consumers this summer.

Headquartered in Dallas, the press release noted that Borden is the only Texas-based company ranked in the top 20 on this esteemed list. Forbes’ Most Reputable Companies List, compiled annually by the Reputation Institute, ranks companies based on public perception of each brand’s products, performance, leadership, governance, workplace, citizenship, and innovation. Approximately 2,200 companies were measured, and 167,000 people were surveyed from January to February 2019.

Congratulations to Borden on this achievement!