Costco Opens in Multiple Markets in U.S. and Canada

Rolling out an aggressive expansion, the wholesale retailer drops anchors in multiple markets across the U.S. and Canada

With bulk buying and wholesalers seeing increasing growth amidst the market changes due to the pandemic, Costco is expanding its grasp on the retail market with new locations set to open across the United States and Canada. This newest endeavor from the wholesaler includes six new stores in the United States in states like North Dakota, Colorado, and Minnesota, and Alberta and Ottowa in Canada.

In Denver, Colorado, the retailer has plans to open a 148,000-square-feet location as an anchor to a developing retail project. Mile High CRE has reported developers will also seek to bring an appropriate mix of regional and national retailers and dining establishments that satisfy the demands of the neighborhood residents.

On August 25, the retailer welcomed a huge crowd of shoppers at its Bismarck, North Dakota, location. According to local news channel KFYRTV, the store takes up 151,000 square feet with 200 employees.

Over in Chaska, Minnesota, plans are underway for a Costco Wholesale and is expected to occupy 164,000 square feet, according to the StarTribune. With the new store on the way, Costco will bring the number of Twin Cities locations to nine. Construction on a location in Duluth is expected to begin in the fall with completion by fall 2021. The Duluth location will be getting a $1.35 million tax break due to rock and water issues on the site. 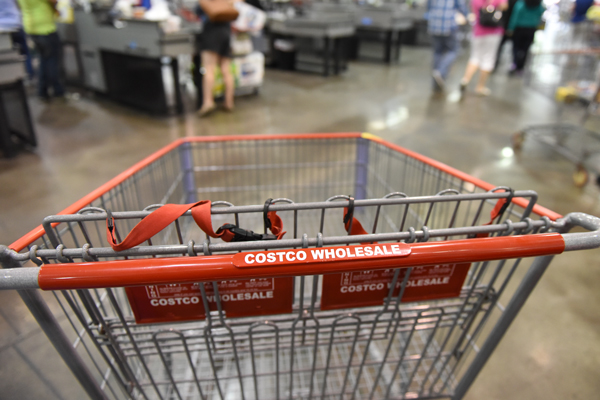 Our northern neighbor, Canada, recently received some wholesale love as well. Ottawa’s east end just got a new Costco—the second biggest warehouse in all of Canada, according to OttowaMatters. The new location is 161,000 square feet, 33 percent larger than the previous location on Cyrville Road. It is second in size only to the 182,000-square-foot Costco warehouse in St. John’s, Newfoundland.

Calgary, Alberta, also recently opened its first Costco in Canada that sits on First Nation land. Global News reported this new Costco will serve as the first anchor tenant in The Shops at Buffalo Run retail center on Buffalo Run Boulevard in the Tsuut’ina Nation. The new wholesale warehouse is 150,000 square feet and officials estimate it will service some 40,000 members.

It is always exciting to see what new moves that the iconic retailer will make as it continues its growth strategy. Here at Deli Market News we wait with bated breath to see what the future will bring for the company.