The fried chicken chain tests out a new highly-convenient restaurant concept. Will it become the norm across fast food?

The face of fast food is changing, and with it, the spectrum of convenience. Last week, news arose that fast-food chain KFC was testing out a new pilot project that could very much revolutionize the already uber-convenient, fast food necessity: the drive-thru. 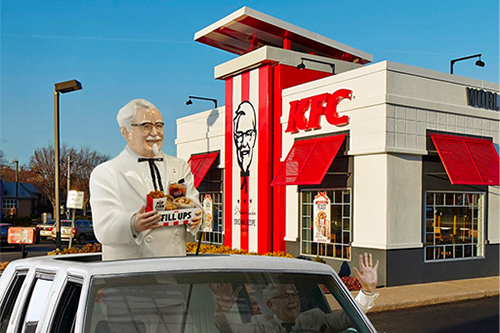 The new concept will feature five lanes, three of which will take orders via KFC’s app and website, removing human interaction altogether by using a code system to send consumers’ orders to the kitchen. The remaining two lanes will resemble traditional drive-thru lanes (i.e. “Hello! Welcome to KFC, may I take your order?”).

The fast-food giant has invested over $1.5 million into its new concept, which it began construction on back in June. The drive-thru-only restaurant will be open in November.

Will this concept prove successful and become the norm in the world of fast food? Deli Market News will continue to follow all the latest innovations.