In a bid to remove Amazon from the running, the grocer trials its latest format in a booming Southern market

Kroger is no stranger to switching up strategies when it feels its in the retailer’s best interest. And with AmazonGo proverbially breathing down grocery’s neck, the nationwide chain may have been influenced to debut a new style of shopping that will appeal to those “Go” customers.

According to a report from The Gainesville Times, which was then picked up by AP News, Kroger has been eying a format in which hand-held scanners will be implemented, meaning fewer cashiers and an overall different store vibe. The technology is currently being trialed at the Gainesville Kroger Marketplace, underneath a “Scan, Bag, Go” system. Customers bring their own bags—or use the store’s—and pick up a scanner upon entrance to the store, meaning they’re prepped and raring to go right out the gate. 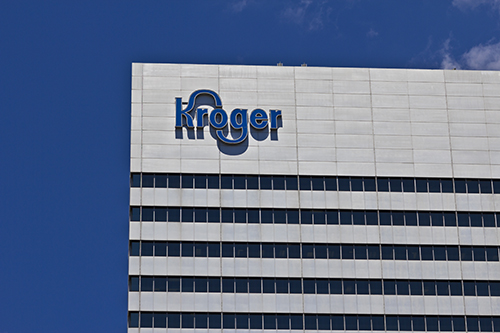 How the shoppers are then charged for the transaction was not specified.

One of the managers at the Gainesville store told the source that, “It’s just another option. I think it was created just to give people another option.”

These “other options” have grown exponentially in recent years, enfolding in its arms stores all the way from Giant Eagle and Walmart.

What will the future of retail look like? Deli Market News will be here to report on the latest.

After a 15M-dollar investment, the protein provider launches a new line of on-trend, grass-fed products...

The baking giant releases new foodservice and retail products as it gears up for expansion in the breakfast arena...

Differentiation on both the charcuterie board and the retail shelf is the key to wooing trend-hungry consumers...