Sfoglini Announces Launch of Cascatelli and Other Pastas at Retail

The pasta maker rolls out a unique lineup, extending its retail reach across the country

In my opinion, pasta is one of life’s many simple pleasures, with the ability to turn any meal into an occasion to celebrate. Adding even more excitement to the category, American pasta maker Sfoglini has revealed it will be adding new pasta shapes to retail shelves, including its viral new pasta shape invention called cascatelli.

Sfoglini’s hit pasta, cascatelli, launched direct-to-consumer earlier this year and is now available at more than 150 locations of The Fresh Market. According to a press release, the viral sensation is expected to expand retail distribution even further next spring. 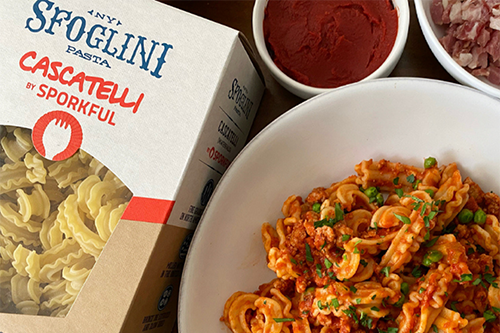 The pasta maker’s products that will be expanding onto retail shelves and that it will showcase at this year’s trade shows include: 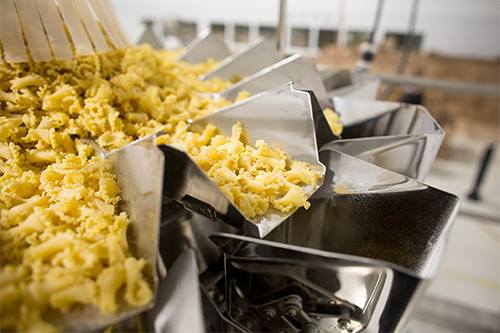 Founded in Brooklyn, New York, in 2012, Sfoglini was created by Chef Steve Gonzalez and Creative Director Scott Ketchum with the idea of making high-quality traditional Italian dried pastas with organic North American grains. After launching, the pastas became a favorite of some of New York’s chefs, and now the company produces over 1.5 million pounds of pasta per year.

Sfoglini’s products are sold in more than 1,000 retail stores across the U.S. including Whole Foods, and the company aims to expand its distribution by next year.

Where will Sfoglini land next? It could be your store! And if so, you might find me loading up my basket to fulfill all of my pasta needs.