Naming this industry vet as its new CEO, the meat supplier makes a strategic play to strengthen its executive team

A new Chief Executive Officer is joining the industry, as Smithfield Foods recently appointed Shane Smith to the helm. Smith, the current Chief Strategy Officer, will be bringing his nearly two decades of experience in the company to the position as he succeeds Dennis Organ as President and CEO. 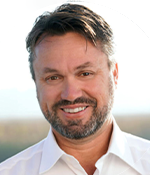 “I am honored to serve as Smithfield’s next President and CEO and lead an incredible team of more than 63,000 people who all work together to provide families worldwide with wholesome, safe, and affordable food. At Smithfield, ‘Good food. Responsibly.®’ is more than something we say. It’s how we approach our work and what we carry out through our mission to produce good food the right way with respect for our people, animals, communities, and planet,” said Smith. “Together with our talented leadership team, I look forward to furthering our long-term vision that has made us one of the world’s leading consumer-packaged protein companies, creating value for a broad range of stakeholders.”

After holding accounting positions at other companies, Smith was hired as a Financial Analyst by Smithfield in 2003. He was promoted to Director of Financial Reporting in 2008 and then to International Controller for Smithfield’s international business in 2010. In this role, Smith managed the company’s financial operations in Poland, Romania, the United Kingdom, Mexico, and Spain. From 2012 until 2018, he served as Vice President and Chief Financial Officer of Smithfield Europe, and as President of Smithfield Romania.

Smith was then appointed as Executive Vice President of Smithfield’s European operations in 2019. In this role, Smith spent much of the last decade in Europe, overseeing the company’s operations, capital investments, expansion into new markets, and mergers and acquisitions abroad. Smith’s extensive experience with both Smithfield’s European and U.S. businesses will aid the company in further establishing more robust and strategic global collaboration to franchise best practices across the company’s expansive footprint.

In late 2020, Smith was promoted to CSO, where he helped develop, execute, and sustain the company’s efforts to achieve growth through its own resources, as well as through mergers and acquisitions. According to the release, he oversaw the company’s hog farming operations as well as Smithfield Renewables, the platform that unifies Smithfield’s carbon reduction initiatives.

A North Carolina native, Smith graduated from Mount Olive College in 1999 with a Bachelor of Science in Accounting. While at Smithfield, he earned a Master of Business Administration from the College of William & Mary.

Congratulations to Shane Smith as he progresses on his journey!