Aligning with multiple new faces, the supplier rings in this celebration with a host of savory releases

Mardi Gras is right around the corner, and in anticipation of the holiday, Zatarain’s Smoked Sausage is giving consumers and retailers alike something else to celebrate, a partnership with Joy the Baker! Joining forces with the acclaimed New Orleanian chef, the pair have come up with Zatarain’s Andouille Smoked Sausage Mardi Gras Rolls to get the party started no matter where you reside.

In addition to its partnership with Joy the Baker, Zatarain’s Smoked Sausage has also teamed up with some of New Orleans’ other chefs to bring flavorful recipes to the masses featuring the company’s line of sausage. According to a release, the chefs and their recipes include: 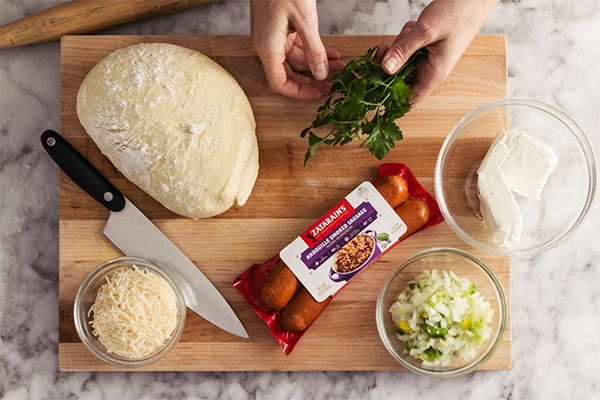 Zatarain’s Smoked Sausage will also be meeting up with Diane Morrisey of Will Travel for Food in New Orleans as she takes a carnival culinary field trip to some of the city’s best restaurants and food representatives. Upon meeting, Zatarain’s will demo new recipes using its line of gluten-free, 100 percent pork sausage containing no artificial colors, flavors, by-products, or MSG.

Numerous other local influencers including Pass the Everything, Evie Eats, Derra Howard, Bite and Booze, and The Southern Thing will be serving as brand ambassadors and celebrating with the brand throughout the season.

What does this mean for retailers? Plenty of opportunities for cross-merchandising ingredients and a heightened awareness of the Zatarain’s Smoked Sausage lineup, drawing shoppers in droves to your aisles—now that’s something to celebrate!

For more updates and partnerships from across the industry, keep a tab open for Deli Market News.

Zatarain's is the authority on the fun and flavor of New Orleans. Join us as we share our love for the food, culture and soul of the city we call home.