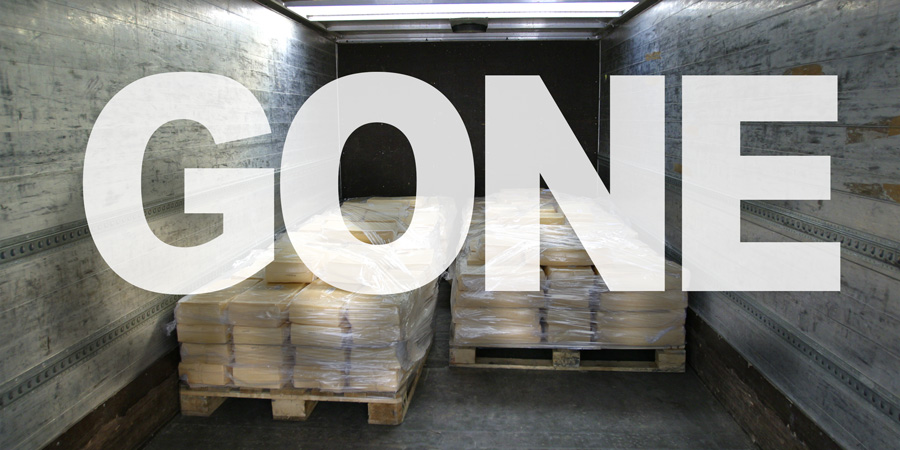 As we reported this past month, the black market for food is booming, especially for cheese.

In what's becoming an almost seemingly common occurrence, another truckload of cheese has been the target of theft. As reported by the Associated Press, police in southeastern Wisconsin have said a semitrailer of cheese has gone missing in a suburb outside of Milwaukee.

The driver who had the New York-bound cheese in his posession and attached to his truck, unhitched the semitrailer loaded with 20,000 pounds of cheese and left it parked while he went to run an errand, the AP story explains. When the driver returned, the trailer had disappeared.

We are seeing a recent uptick of these types of food heists. As we reported in January, over $160,000 worth of cheese was stolen in the state during two separate incidents.

But this may come as no surprise to some. In 2012, theguardian reported that cheese is the most shop-lifted item in the world.