How did this artisan-style, Sacramento, CA-based hit come to be? See our exclusive video coverage

At the heart of the bustling restaurant hub that is the state capitol of California, is one side-by-side pairing that is on-trend with the artisan style gripping today’s consumers.

Drawn to this pillar of foodservice trend showcasing the deli industry at its finest, consumers in the Sacramento area are all about the dynamic duo Block Butcher Bar and Lowbrau Bierhall. 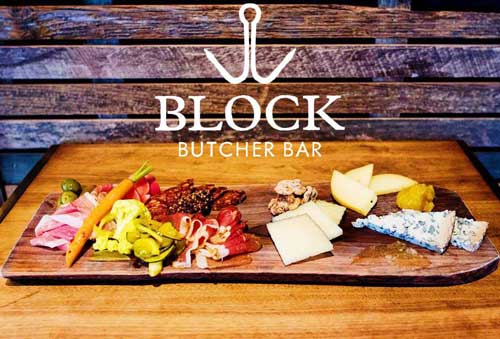 DeliMarket News was happy to sit down with the man behind the vision, Owner and Operator Michael Hargis and talk more about the inspiration that led to this foodservice trend-setter.

“We wanted it to be something approachable,” Michael tells me when discussing the initial designs behind the Block Butcher, a bar which also shows guests the making of meats in-house through a large window.

Lowbrau Bierhall and Block Butcher Bar, sisters attached side-by-side with a conjoining entrance and separate street-front entrances, tie a German-inspired style with a love of deli and charcuterie, all wrapped up in a mixed-modern appeal.

“It’s about culture and community, it’s about bringing people together,” Michael describes of the concept driving the setting. Lowbrau offers rows of communal tables like those in Germany, giving guests the opportunity to sit with strangers and walk away with new friends and experiences not encouraged often enough in the American culture.

Michael sought to change that with the crash of 2007, when his previous career as an architect and designer came to halt.

“I always wanted to open up a restaurant,” he comments, adding that there was no better time to reinvent himself. 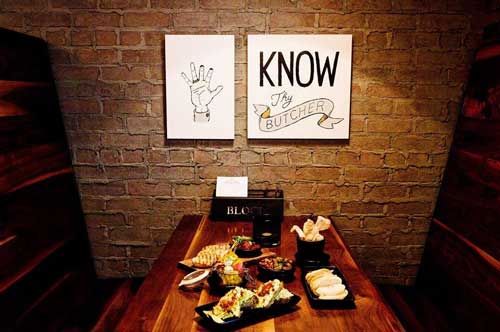 And from the ashes came what is now one of the most popular joints in a crowded food market that makes up California’s Capitol. It is a story worth telling, and no one tells it like Michael, himself!

To see for yourself the inside of the Block Butcher and Lowbrau, watch the full two minute video interview above.