Cheese Gets Political as the Industry Tackles American Cheese Month

Are you pro- or anti- cheese party? Watch things get political as election season mounts

Attention all cheese lovers, have you joined the cheese party yet? What better time to pledge your political allegiance to cheese than this October, the sixth annual American Cheese Month. With events and promotions taking place nationwide throughout the month, the American Cheese Society (ACS) is pushing this month worth celebrating with a little campaign working of its own to get more eyes on the nation’s burgeoning artisan, farmstead, and specialty cheese industry.

“As more and more consumers seek out high quality, local foods, regional cheeses from around the country are growing a loyal following,” explained Nora Weiser, Executive Director of the American Cheese Society. “These cheesemakers are passionate, hard-working, and incredibly creative. It is an exciting time in this nation’s food scene, as the fruits of their labor are embraced so strongly.”

According to a press release, the American Cheese Society will commemorate American Cheese Month in its hometown of Denver, Colorado, at the Great American Beer Festival. Sampling more than 500 pounds of artisan and specialty cheese alongside craft beer, Colorado Governor John Hickenlooper has also shown his support for American Cheese Month by issuing an official proclamation and publicly declaring that he is Pro-Cheese. This fun video featuring Governor Hickenlooper is just one of the Association’s Cheese Party campaign videos, offering a decidedly more spirited take on the stresses of election season. 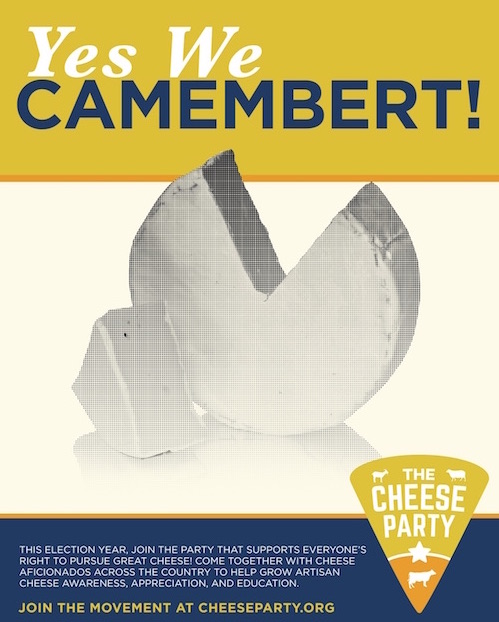 For more information on the campaign, check out the association’s dedicated website and events calendar. Cheese lovers can also network on the American Cheese Month Facebook page and share photos of their celebrations on Twitter (#AmCheeseMonth, @CheeseSociety, @theCheeseParty).

If you would like to hold an American Cheese Month event, or if you are interested in learning more about partnership opportunities, contact the ACS office: 720-328-2788 or info@cheesesociety.org.