“It’s two projects, both of which are almost overdue for our business here in Petaluma,” Gott told local news source Petaluma 360. Gott adding that the new tanks both increase the capacity at the Lakeville facility by 50 percent and bifurcate the supplies of organic and conventional milk that come into the plant.

“This will give us two silos to bounce back and forth to makesure everything is more simplified, more streamlined, to help us operate more efficiently,” said Michael Benedetti, Director of Plant Operations and part of the family that has run Clover Stornetta for three generations.

With volume growing significantly over the past few years, according to Gott, and multiple types of milk production, the company says the expansion was in part to streamline some “inefficiencies.” 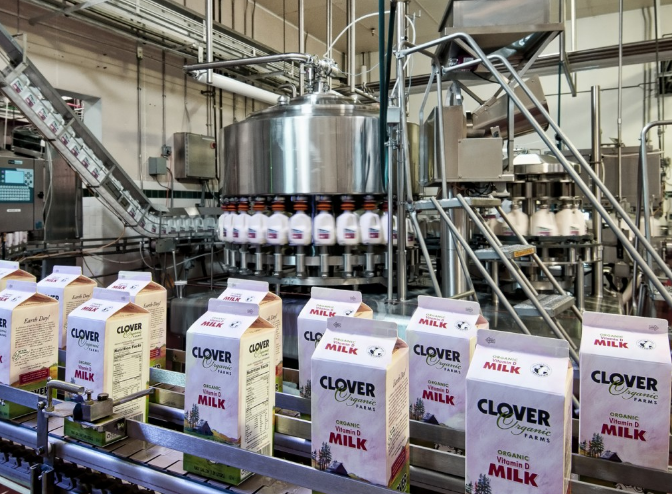 “The fact that we have multiple types of milk, i.e. organic and conventional, it causes inefficiency when we have to, per federal guidelines, stop every so often and clean things out,” Gott added. “In order to set ourselves up for growth and make us more efficient, these tanks are part of our long-term plan.”

The company currently distributes in California, Arizona, Colorado, Nevada, Wyoming, and Hawaii. As reported by Petaluma 360, the new warehouse will grow the companies truck bay numbers from four to 13, and is expected to be completed by October of this year.

Clover Stornetta Farms is a three generation, family-owned and operated dairy in northern California. We produce both organic and conventional dairy products that originate in the beautiful fields...