What is making consumers feel great about this new cheese line?

“The cheesemaker that we’re working with created a ‘Cows First’ program, where they’re working directly with the farmers to sign a pledge making sure they’re taking care of the land and making sure that they’re treating the cows properly,” Heather explained to me from the show floor of the Summer Fancy Food show. “Consumers can feel confident not only about, not only the cheese is great, but the connection from the cheesemaker to the farm is also a good one.” 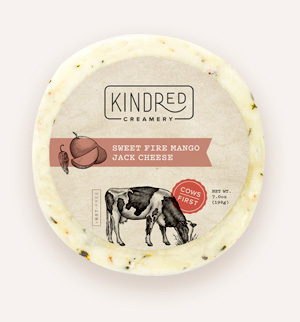 The Kindred Creamery line includes multiple varieties of cheddar, a gouda, and Jack cheeses, and a few spicier flavors that Heather tells me about during our interview, including Sriracha and ghost pepper flavored cheeses. 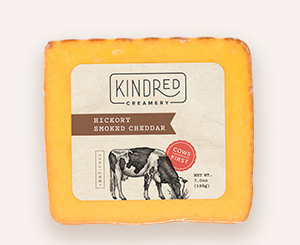 Want to learn more about Emmi Roth’s partnership with Kindred Creamery and the Cows First Program? Watch my full interview with Heather from Summer Fancy Food Show above.