As the cheese provider rebrands its line of cave-aged products, it highlights this special new offering

Emmi® is adding to its award-winning arsenal of Swiss specialty cheeses with a new addition to its Kaltbach™ family of cheeses. The company has introduced Kaltbach Cave-Aged Gouda—a cheese made with milk from dairy farmers in central Switzerland that naturally ripens for three months before curing in the mineral-rich sandstone Kaltbach Caves. 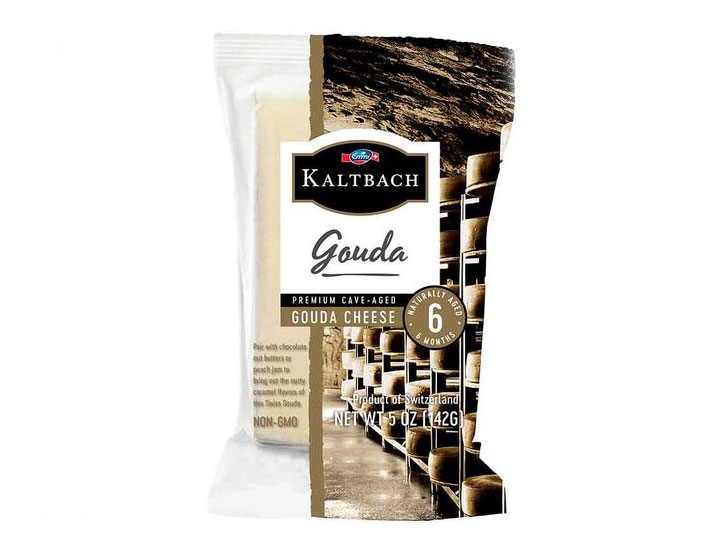 Once inside the cave, the company notes, this gouda is placed on a wooden board and hand-smeared with a saltwater wash. The natural moisture in the cave’s air then works to ripen the cheese while imparting flavors from the other Kaltbach cheeses aging beside it. The result is a unique cave-aged gouda with a pale yellow hue, a dark brown rustic rind, and a nutty caramel flavor with a hint of pear on the finish.

Retailers can look for the entire collection of new 5 oz exact weight Kaltbach cheeses this Fall. And quarter wheels of the new Kaltbach Cave-Aged Gouda will be available for foodservice professionals this spring—with whole wheels arriving for retailers this Fall.