Jarlsberg Teams Up With Celebrity Chef For Perfect Cheeseburger Campaign

Some things just go better together—like peas and carrots or Forrest and Jenny. A pairing that is taking the industry by storm is burgers and cheese, as Jarlsberg® Cheese teams up with American celebrity chef George Duran for a global campaign. Duran has made four burger recipes—the Marvelous Meltdown, or Jarlsberg’s Fondue Burger; Melted Maui Madness, or Pineapple Bun Jarlsberg Burger; and the Viva La Quinoa, or Quinoa and Red Lentil with Jarlsberg, and The Brooklyn Bacon Bonanza, or Bacon Burger Stuffed with Jarlsberg. To rev up excitement around the burger offerings, a social media and store advertising campaign is launching this July. 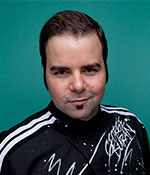 To shine a light on the new creations, the four burgers will be taking center stage in a film for each one, placing the food items in different settings, with an ambiance unique to New York. One of the burger shorts was filmed on a rooftop in Queens with a Manhattan skyline seen in the back, while the remainder of the burger shorts was been filmed in a Williamsburg brownstone.

In addition to the burger shorts, the campaign will launch photos for social media and print materials for in-store use. This includes a burger-shaped brochure offering the burger recipes. 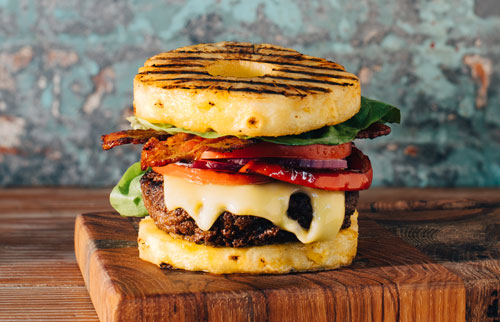 The new campaign, which uses Venezuelan-born and American-based chef and TLC and Food Network entertainer Duran as an integral part of the campaign, is one of the largest it has done across all of its markets, with a goal of creating excitement around the Jarlsberg Burger and show the Norwegian cheese’s versatility. One of the burgers is vegetarian and one uses grilled pineapple slices in place of the burger buns.

Audience members of the campaign are able to win an exclusive Jarlsberg Grill Kit every week between July 2nd and August 27th, with the grand prize winner walking away with a Green Egg Grill. Winners will be able to make their very own Jarlsberg burgers all summer long.

Viewers might take note of the campaign’s feel-good and relaxed vibe, which, according to press release, can be attributed to the use of Chef Duran’s personal friends as extras on set. A motto of the campaign is, “It’s a social thing,” which can be seen in the shorts and photography, and the campaign was developed by Norwegian advertising agency SMFB, with TINE SA, one of Jarlsberg’s largest Norwegian dairy cooperatives and owners. 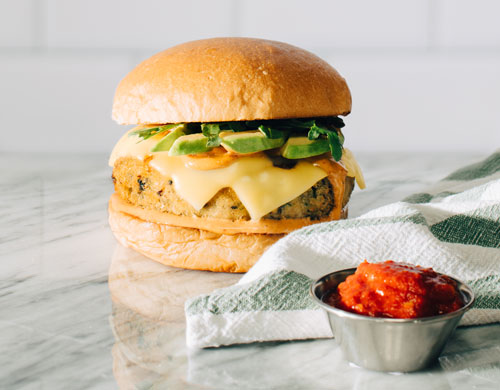 The target markets are the USA, Australia, Canada, UK, Sweden, Denmark, and Germany.

How will the addition of this new campaign create a new wave in partnerships for the deli industry? And will we see more cheese-centric creations from Jarlsberg in the near future? Deli Market News will keep you updated.

CHEVOO and Belle Chevre to Show Off Award-Winning Offerings at 2023...