Continuing to grab worldwide recognition, the creamery bests competitors from a field of 2,600 entries to take this award

LaClare Family Creamery’s Cave-Aged Chandoka is a cheese to be reckoned with. And this month, the creamery continued to earn accolades for the surface-ripened, mixed-milk cheese by earning a bronze award at the 2018 Specialty Food Association (SFA) sofi™ Awards.

“Our goal—with every batch, every day—is to create the best cheese in the world,” said Katie Fuhrmann, LaClare Cheesemaker and the Creator of Cave-Aged Chandoka. “We are meticulous about quality and craftsmanship. There are no shortcuts in creating a cheese of this quality.“

The cheese’s sofi Award victory comes just a month after the Cave-Aged Chandoka was ranked among the 20 best cheeses in the world and first in its class at the World Cheese Championships in Madison, Wisconsin, this March. 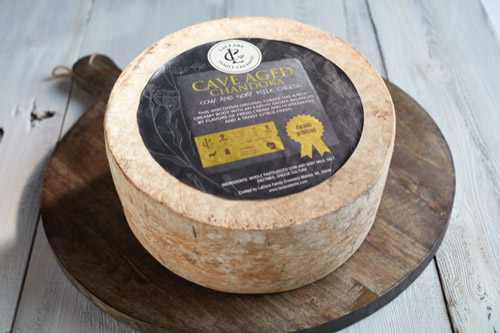 Congratulations to LaClare Family Creamery for a well-deserved award.

In our farmstead creamery we are currently making over 10 different types of cheeses with over 30 flavors! We use goat, sheep and cow milk to make our cheeses! Our cheesemakers enjoy being able to...