California’s Marin French and Laura Chenel’s made a name for themselves on the global stage at the World Cheese Awards in Norway earlier this month.

“Each year we are impressed by the increasing level of competition at this highly regarded contest,” noted Eric Barthome, CEO of the two sister companies. “We are very proud of our cheesemaking teams at both Marin French and Laura Chenel’s for being such strong contenders where ingenuity, skill, and know-how are key.” 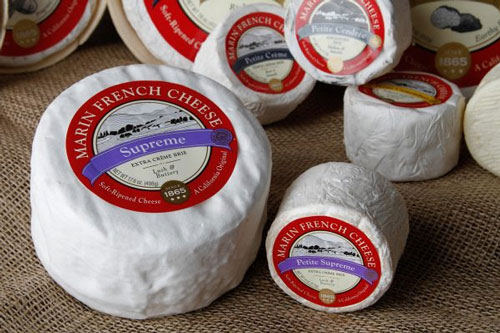 Other honors conferred to the Marin French Cheese team of dedicated cheesemakers included:

Laura Chenel’s, too, received accolades for multiple products. Its delicate-flavored, aged Ash-rinded Buchette won a Gold medal, while the grassy- and nutty-flavored goat brie that touts a hint of lemon brought home a Silver honor.

Marin French Cheese’s Petites are made with fresh cow’s milk and cream from neighboring Marin County dairies. They are described as elegant, triple-crème Brie-style wheels, offering consumers convenience, versatility, a variety of flavors, and affordability with their unique size.