Marin French experienced recent triumph at the hands of the World Championship Cheese Contest, as its Triple Crème Brie with Black Truffles won the Best of Class Award for a flavored, soft-ripened cheese.

The company said in a recent press release that its winning product continuously wins regional, national, and international contests for its cheese balanced with mushrooms and fresh, sweet cream from Marin County dairies. This most recent contest took place in Madison, WI, from March 7-9.

“Each year we are impressed by the increasing level of competition at this highly regarded competition,” said General Manager, Philippe Chevrollier. “We are very proud of our cheesemaking teams at both Marin French and Laura Chenel’s for being such strong contenders where ingenuity, skill, and know-how are key.”

Marin French noted that other honors received by its cheesemakers during the competition included: 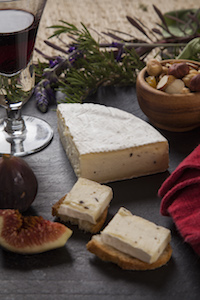 The World Championship Cheese Contest saw 2,955 entries for this year’s awards, noted Marin French, from 23 countries and 31 states. A list of all the awards can be found here.

Continue to check back with DeliMarket News for regular updates on industry awards and contests.