At this premier competition, the company takes home top honors for a signature Swiss that blends tradition and innovation

Mifroma is adding accolades to its already impressive list of achievements this month; the importer’s Mifroma Switzerland Swiss Cheese, produced exclusively by Käserei Neuenschwander AG, took home Best of Class honors at the 2018 World Championship Cheese Contest in Madison, Wisconsin, earlier this month—scoring an impressive 98.25 out of 100 in the Rindless Swiss Style category.

According to that press release, the Käserei Neuenschwander cheese dairy has a history that dates back more than 150 years. The family-run company, managed by second and third generation cheesemakers Ernst, Thomas, and Marc Neuenschwander, has its roots in the authentic tradition of cheese production. The company couples that legacy with a focus on innovation—offering, as its guiding philosophy, the motto “tradition meets innovation.” 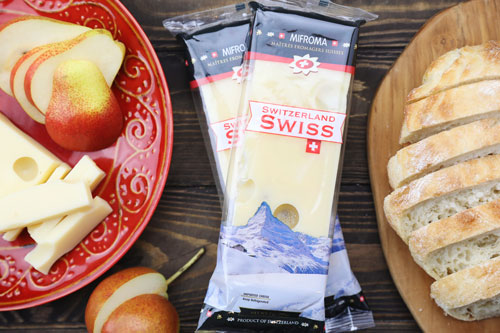 Available in retail and bulk forms, Mifroma Switzerland Swiss Cheese is crafted with pasteurized part skim milk from cows fed only with grass and hay. The RBST- and hormone-free cheese is mild and creamy—ideal for cooking, shredding, slicing, or serving by itself as a healthy protein-rich snack.

Started in 1957, The World Championship Cheese Contest claims to be the largest technical cheese, butter, and yogurt competition in the world. The 2018 Contest was held March 6-8—during which time, a team of 56 internationally renowned judges technically evaluated a record-setting 3,402 cheese entries from 26 countries and 32 states.

Atalanta Corporation is one of the largest privately-held food importers in the United States, specializing in artisan cheeses, groceries, charcuterie, and seafood.

Our mission is to bring the best of the Swiss cheesemaking tradition to tables globally, using a unique process of selection, maturation, packaging, and distribution overseen by our experts, the...