Continuing its push into providing great-tasting, non-GMO products, Montchevre has announced its new 5.5 oz Creamy Goat Milk Brie. Made with fresh goat milk and aged for 9 to 14 days, this Brie has a slightly tangy flavor with a creamy texture, wrapped in an edible bloomy rind, and decoratively packaged in a rustic wooden box engraved with the Montchevre logo. 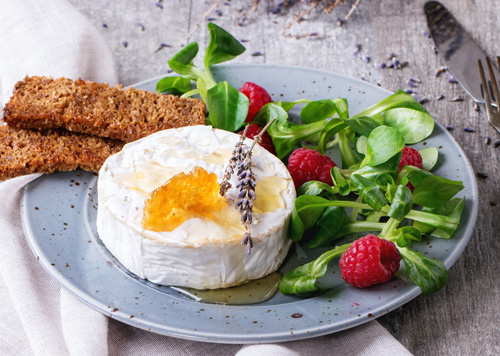 This latest introduction comes around one year since the company launched its series of non-GMO, 4 oz Fresh Goat Cheese logs, certified solely by the National Science Foundation (NSF) as being genuinely non-GMO. As we reported recently, the team has been focusing on expanding its number of non-GMO farms.

Montchevre’s Creamy Goat Milk Brie retails for $8.99, according to a press release, and is now available nationwide.