The company expands its non-GMO certification to more product offerings

Prominent goat cheese maker Montchevre has announced that it will extend NSF Non-GMO True North Certification to its 8 oz. Fresh Goat Cheese Logs as part of an ongoing effort to increase non-GMO production.

The company began to explore the possibility of converting to non-GMO in 2013. In July of 2016, Montchevre launched its NSF Non-GMO True North Certified 4 oz. Fresh Goat Cheese Logs. 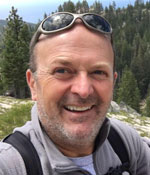 “We continue to see strong consumer demand for non-GMO goat cheese and are pleased to add the NSF Non-GMO True North seal to another top-selling product,” said company Cofounder Arnaud Solandt, in a press release. “Our top priority is to remain true to the principles we were built upon and to create the highest quality products that we possibly can. Montchevre’s focus on non-GMO reaffirms our commitment to not only creating a better product, but also to investing in our farmers, our goats and the environment.”

According to the company’s press release, this step marks the latest in a series of pioneering moves by the family-owned and operated cheese maker. Montchevre began producing goat cheese in 1989. This January, the company made a commitment to converting 20-25 additional farms to non-GMO production by the end of the year, and the company has already added ten farms to its non-GMO Producer Group in the first three months of the year.

Montchevre also increased its trusted network of goat’s milk suppliers to include over 400 independent family owned farms across Wisconsin, Iowa, Missouri, Minnesota, and Illinois over the last year.

For more on this and other important developments in the produce industry, stay tuned to Deli Market News.