What sets these crisps apart? Debbie Seife shares all in this exclusive video interview from Fancy Food Show

Norseland is the latest company to take hold of the snacking trend and introduce its version of a cheese crisp. I spoke with Norseland's General Manager of Marketing, Debbie Seife, about the company's new Jarlsberg brand Cheese Crisps, and what sets them apart from the rest. 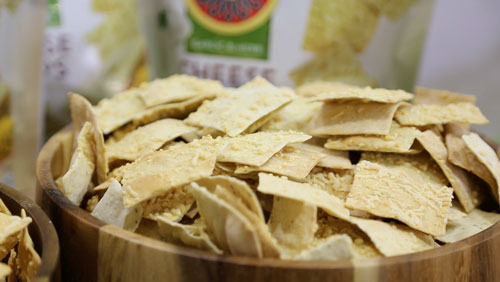 “Jarlsberg’s Cheese Crisps have that nice mild, mellow flavor of Jarlsberg baked right into the crunchy cracker,” she continued. “We make them in small batches, they’re handcrafted, and we shred the cheese right there in the bakery and sprinkle it on right there on the cracker and bake in all that wonderful goodness.” 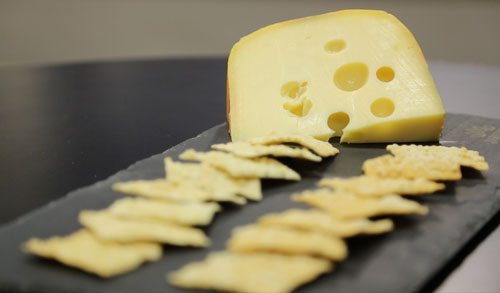 Available varieties for the crackers include Mediterranean Sea Salt, Rosemary and Olive Oil, Chipotle, and Garlic & Herb, Debbie says the special aspect of Jarlsberg’s Cheese Crisps is the taste. 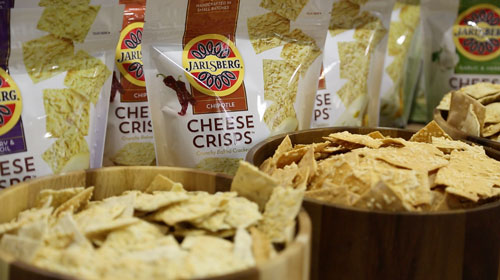 To learn more about Jarlsberg’s Cheese Crisps and to hear my full interview with Debbie, watch the video above.

Norseland, Inc., owned by TINE SA, is the exclusive importer and sales and marketing agent responsible for the continued success of Jarlsberg® in the United States.