Is the company shopping ad agencies as rumors continue to circulate of an impending sale?

Philadelphia Cream Cheese is lining up ad agencies in Europe, is the company looking for a new creative?

The Mondelez International-owned brands has about six to eight appointments lined up thus far, according to news source Campaign Live, with plans to draw up a shortlist of agencies to see at pitch stage.

"As common with all businesses, we regularly talk with different creative agencies as well as those we currently work with,” an international spokesperson for Mondelez commented, according to the source. “We are too early in the process to share any further information on the creative work for our Philadelphia brand." 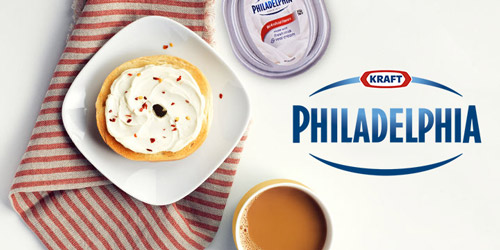 The European side of the account, valued at £35M (almost USD $43M) has been held by J Walter Thompson since March of 2015.

It has circulated in the rumor mill for some time now that Mondelez might be looking to sell Philadelphia, along with its new cheese and grocery division, but has yet to be confirmed.

"We don't comment on market rumours. What I can confirm on our cheese and grocery activity is that we see it as a good business, with solid margins and cash flow, which helps to provide scale in some markets,” Mondelez commented. “The team is executing well, having posted solid growth for 2015."

Deli Market News will continue to report on this and other marketing and buying strategies relevant to the industry as they develop.

We believe that deliciously simple pleasures are always made fresh.