What new increased price did shareholders agree to finally sell for?

After acquiring the majority stake in Warrnambool Cheese and Butter Factory Co. in 2014, Saputo has finally cinched another 10.23 percent of the company from minority shareholder, Lion Pty Ltd. Purchased for A$71.3-million ($54.8-million), this new buyout gives Saputo ownership of 98.86 percent of the Austalian dairy manufacturer.

“While Lion will make a small profit as a result of the sale, its stake was a strategic one intended to protect the business’ broader interests, including longstanding contract arrangements with WCB,” Lion’s statement on the purchase read, according to The Weekly Times. 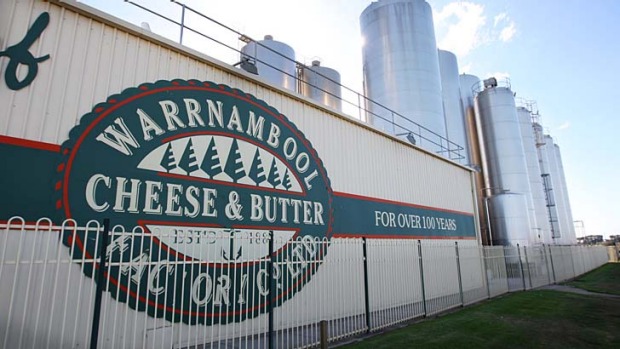 Earlier this week, Saputo had raised its offer price to A$9.05 per share from A$8.85. Lion, which is in turn owned by Japan’s Kirin Holdings Co Ltd, sold its 10.23 percent stake for A$71.3-million ($54.8-million). With these revised prices, the value of Warrnambool currently starts at A$697.6-million, the Globe and Mail reports.

“Today’s sale to Saputo is therefore a logical step and a positive outcome for Lion,” the statement continued. “Existing contracts are unaffected by the sale, including Lion’s supply of parmesan cheese to WCB. Lion looks forward to continuing mutually beneficial commercial arrangements with WCB going forward.”

How will the completion of this acquisition affect Saputo’s company growth in the coming years? Keep following Deli Market News for the latest.

Food is our passion, and cheesemaking has been our expertise since 1954. We find inspiration in our day’s simple pleasures—delicious recipes, memorable meals, and time spent with family. Discover...