What avenues for growth is the cheesemaker pursuing and what strong, U.S. company has it welcomed to the family?

With the release of the financial results for the second quarter of fiscal 2018, Saputo Inc. revealed a steady growth strategy in Canada, the U.S., and beyond.

The company made several moves in mergers and acquisitions throughout the quarter. On Sept. 29 it completed the acquisition of the extended shelf-life dairy product activities of Southeast Milk, Inc. The next month, specifically Oct. 26, Saputo announced that it entered into an agreement to acquire the business of Australia-based Murray Goulburn Co-Operative Co. Limited for a purchase price of CDN$1.29 billion.

Most recently, the team announced it entered into an agreement to acquire Betin, Inc., doing business as Montchevre, which manufactures, markets, and distributes goat cheese in the United States. For the twelve-month period ended on June 30, 2017, Montchevre generated revenues of approximately CDN$150 million. 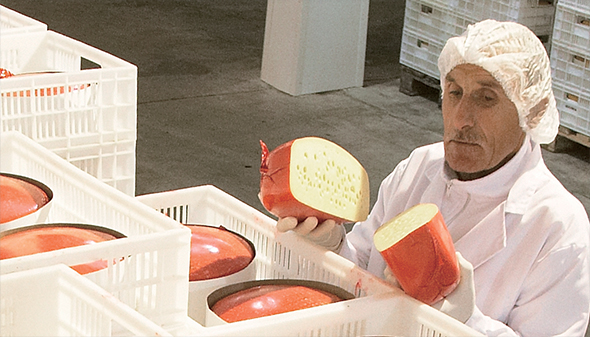 The transaction with Montchevre is expected to close at the end of this year, while the Murray transaction will likely be completed in the first half of calendar year 2018.

Higher sales volumes, as well as higher international selling prices of cheese and dairy ingredients also positively impacted revenues during the quarter, according to the release.

In fiscal 2018, Saputo said it intends to benefit from its global complementary platforms.

“Our goal remains to continue to improve overall efficiencies in all sectors and pursue growth organically and through acquisitions,” it stated in the report.

As Deli Market News continues to follow key moves in growth and strategy in dairy and beyond, keep checking in for all the latest.