The British are coming to invade the Winter Fancy Food show this January! Somerdale International will introduce a new cheese and show off fan favorites at booth number 163 next month in San Francisco. 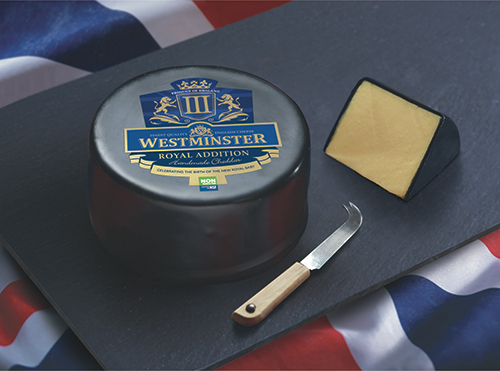 Westminster ‘Royal Addition’ Cheddar, will be unveiled for the first time next month in celebration of the Duke and Duchess of Sussex's new addition to the royal family. Traditionally made by the Heler family in the northwest of England, this specially selected 12-month aged Cheddar is certified Non-GMO and has wonderful hints of burnt caramel and sweet nuttiness. The new cheese will be available from early April in two formats a 7 oz (200g) retail pre-pack, and a 4.4 lb waxed truckle ideal for the deli counter. 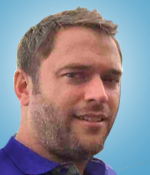 “At Somerdale we have marked many of these major Royal milestones with celebratory cheeses which combine specially selected great tasting British cheese with fantastic commemorative pack designs and striking point of sale material, "stated Alan Jenkins, Director of Somerdale International, in a recent press release. "They are always hugely popular especially in the United States and never fail to bring real excitement and interest to the specialty cheese fixture.”

Claddagh Bó, an aged Irish cheddar, will also be featured, making its second appearance at Winter Fancy Foods after being unveiled at last years festivities. Additionally, next summer the company will be launching its ‘Chill & Grill’ campaign to highlight uses for British cheese in outdoor and seasonal cooking. More information about the campaign will be revealed on the show floor next month.

“From Somerdale’s perspective, the Winter Fancy Food Show is a great opportunity to showcase our core range of high-quality branded and customer specific British cheeses which we believe will meet the requirements of and add value to every level of cheese outlet," Jenkins added. 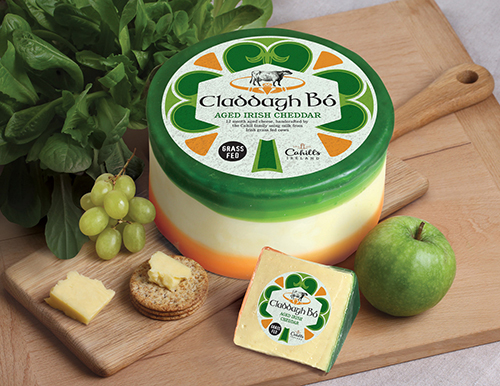 He continued, "Superb tasting cheeses that play directly into many of the key trends driving sales of specialty food, especially among our core ‘millennial’ consumers, such as cooking & entertaining; experiencing & sharing; original taste & provenance; fresh & natural; and non-GMO & nutrient dense. While at the same time we are launching a number of seasonal ‘cheese specials’ and in store marketing campaigns that will keep our offering exciting and relevant to what are fast changing consumer & market conditions throughout the year.”

Somerdale International has also achieved record sales in Canada and the U.S. this year, breaking through the $19 million sales barrier, and increasing revenue by over 35% in the past five years.

In North America, the company has solidified its presence as one of the leading British specialty cheese exporter by selling over 1,500 tons of cheese over the past year through 3,000 different retail and food service outlets across the U.S. and Canada. The record sales figures come at a time when the company is focused on further growth of its presence in the U.S., with a range of both new products and best sellers being showcased at the 2019 Winter Fancy Food Show. 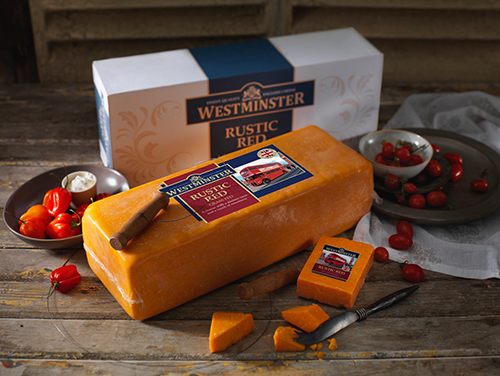 “The US Specialty Cheese category is now worth some $4 billion having grown 6.6% between 2015-2017. However, for every 1 kg (2.2 lb) of British cheese currently sold in the US, 10.82 kg (23.9 lb) of French cheese is sold and given that British cheese is second to none when it comes to choice, flavor, and provenance, I believe there is a huge potential to grow sales of British cheese moving forward,” Jenkins concluded.

To read more about the cheeses and campaigns to be featured, see the company’s press release.

Deli Market News looks forward to seeing Somerdale at the Winter Fancy Food show, and congratulates the company on their record sales in the North American market.

Founded in 1990, Somerdale now exports over 250 cheeses to wholesale, distribution, retail and food-service customers all over the World. We have partnered with, and represent, some of the finest...